Riders Fall to Szolnoki in Final Attempt for European Victory 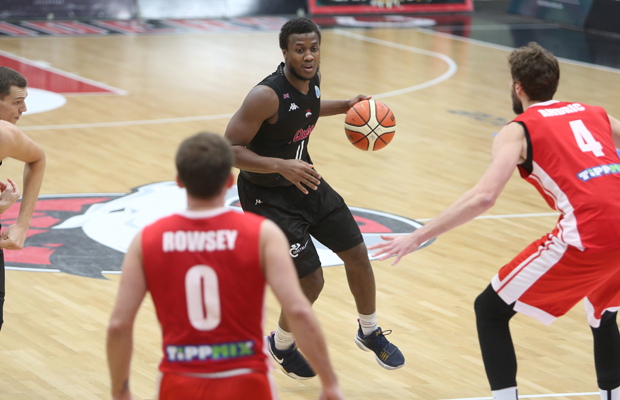 Leicester Riders fell just short against Szolnoki Olaj going down 84-81 in the FIBA Europe Cup at home in their final attempt to pick up a victory in Europe this campaign.

Leading by seven with a little over 6 minutes remaining, Riders appeared on their way to victory, but the Hungarian side reeled off a quick 6-0 run to pull back, taking their first lead of the game shortly after and holding on down the stretch to survive to potential OT-forcing shots from Conner Washington and Andy Thomson.

“Disappointed with the result,” Riders’ Thomson said after the game.

“I thought we came out and were competitive from the start, we executed well at times and down the stretch we did well and really pushed them. We just didn’t come up with the plays at the end which is a little bit frustrating but we certainly put them under pressure and made a good show of ourselves.

“Obviously it’s not the best result we wanted without a win in the group stages but there are positive signs there that we are progressing in the right direction. Just disappointed.’

DeAndre Burnett went 8-for-13 from the field and 11-of-15 at the line for his game-high 30 points along with 8 assists, whilst Wayne Martin was the only other Rider in double figures with 11. Conner Washington added 7 assists.

Andrew Rowsey went 6-of-9 from three point range to lead Szolnoki with 20 points and 8 assists.

“We led for 25 minutes of the basketball game, last week we led for around 20 plus minutes as well – we were right there,” Leicester Riders Head Coach Rob Paternostro said.

“I think the three point shooting from Szolnoki was awesome in the fourth quarter.

“Rousey really got hot and they were hitting shots from way behind the line and I thought Milosevic hit some big ones. They hit eleven for the game; Rowsey had six threes. We knew he had that kind of explosiveness from watching him in college. But for us, just coming up a little bit short we didn’t quit when we got down at the end but a couple of plays here and there and it was ours.”

Reflecting on the European experience, the Leicester Riders play-caller added:

“I think anyone that’s watched us play in this competition knows we have been extremely competitive even though we didn’t get a win we fought right to the end in a lot of the games and I can see we are getting better from the beginning.

“From the first game we played against Bakken till now we are certainly getting better and I mean this is a team that is one of the top five teams in the whole competition, they just finished top of the group and that’s two times that we pushed them all the way. So we have to learn from this.

“I want to thank everyone that made it possible for us to go on this adventure, it was tough at times mentally and physically but I know we’ll all look back on it and say it has been an incredible experience. All the sponsors, all the volunteers, everybody that’s done extra for us to even get the opportunity to play in this, we thank them and we gave it everything we had.