GB Under-16 Final Squad Revealed Ahead of Europeans - Hoopsfix.com

GB Under-16 Final Squad Revealed Ahead of Europeans 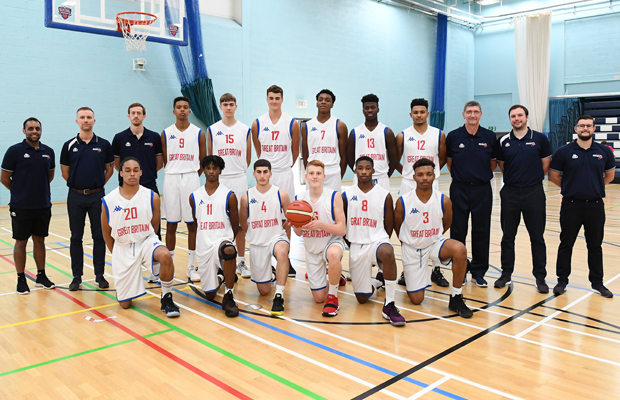 Head Coach James Vear has confirmed his final 12-man squad for the Great Britain Under-16 that will be competing at the Division B European Championship this week in Sarajevo.

The squad, which was selected ahead of their two game series against France this weekend, depart from Sarajevo today before opening up the Europeans on Thursday against Ireland.

Daijuan Antonio, who has enjoyed a season in Italy with Trieste, and Reading Rockets’ centre Matt Marsh – who joins Barcelona next season – are included along with Manchester Magic forward Saul May and Giants’ Victor Faroukou.

“I’ve been impressed with everyone; they’ve all bought in, from 1-12, in the style we want to play,” Vear said of the squad when talking to Hoopsfix on Sunday after their preparation game against France.

“Veron has been very impressive, spending a year away, he’s matured a lot, he’s our captain and done a great job of leading the team. Matt Marsh has shown glimpses of why Barcelona have signed him, and Segs (Shodunke) has been a great as well, a year in spain, he’s come back, matured a lot and had some great games scoring-wise. We’ve got a good group of players and we have some depth there as well.”

Look ahead to the tournament, Vear said that though of course promotion is the goal, they are focusing on taking it a game at a time.

“We don’t really talk about promotion,” he said. “We talk about staying in the moment, taking it game by game and trying to get better every day in what we do. The format is tough in Div B; we’ve gotta finish top 2 to progress, all we’re thinking about right now is that first game against Ireland and see how we go from there.”

And with both the U18 and U20 men experiencing success as they retained their Division A status this summer, Vear says it is no doubt serving as inspiration for his guys.

“We’ve been using it as inspiration,” he added. “You see the crowd today (on Sunday vs France, 300+) as well, we have U20 players here to watch, Senior men – Kieron Achara has recorded a video message, Carl Wheatle is here to talk to the players after the game.

“We take great inspiration from what Alan and Marc Steutel have both done – an amazing job – and that will inspire our players at the European Championship too.”