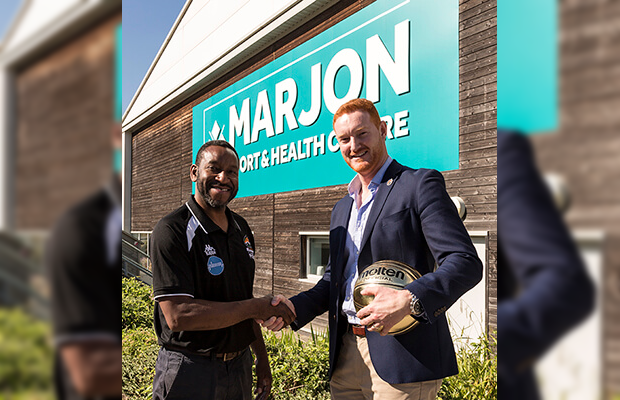 The Plymouth Raiders have announced that Paul James has agreed a three-year deal as the Club’s new Head Coach and Director of Basketball.

James makes the switch from Worcester Wolves, where he has been since 2009, after they announced his departure last week.

The move to Plymouth is a reunion of sorts – James worked with Raiders’ Director and Co-Owner Richard Mollard at Guildford Heat in the early 2000’s.

“I’m delighted to have the opportunity to join forces with Richard once more,” James said. “Our time together at Guildford was an amazing and special one and I hope that we can recreate that. Both Richard and Ross are seriously passionate about the club and it’s infectious. They have done an incredible job off the court, and the potential at the Club with what they want to do in the future is huge.

“Plymouth Raiders’ supporters are amongst some of the best in the country and I’m going to be working hard to put a very competitive team on the floor and give them something to really cheer about.

“I’m looking forward to the challenge of building the basketball programme across all levels of ability and especially getting started with the BBL team.”

James started his playing career with Leicester in 1981, later moving on to the Bracknell Tigers where he continue to play for 8 years before being appointed Head Coach in 1997.

He remained with the Tigers until 2005 when he first united with Raiders’ Director and Co-owner, Richard Mollard, as two of the Founding Directors of the Guildford Heat (now Surrey Scorchers). During their time together they enjoyed considerable success, winning the BBL Cup and Championship in only their second season, and completing the set with the Trophy and Playoffs the following year.

With the Wolves, Trophies soon followed, with Worcester claiming the BBL Trophy and Playoff titles in 2014, and last year James guided the Wolves to the final of the BBL Cup.

Alongside a decorated career as an England international player and coach, James has dedicated much of his life to developing the sport at all levels and his passion for nurturing home grown British talent was instrumental in expanding the BUCS basketball programme at Worcester University between 2010-2017, which saw him win the BUCS Championship for four consecutive seasons during his time in charge.

Raiders’ Director, Richard Mollard added, “Ross and I are delighted Paul has agreed to join us. Having worked with Paul in Guildford, I know what a dedicated, professional and well respected Coach he is, and is the perfect person to lead us in this new era.

“We interviewed a number of exceptional candidates from the UK and further afield, and we were incredibly impressed with Paul’s passion and enthusiasm for the opportunity to revive not only the Raiders’ BBL playing fortunes, but to also take a lead in the rebuilding of the sport across the Devon and Cornwall region, as well as working on creating new pathway opportunities for the next generation of Raiders’ stars.”