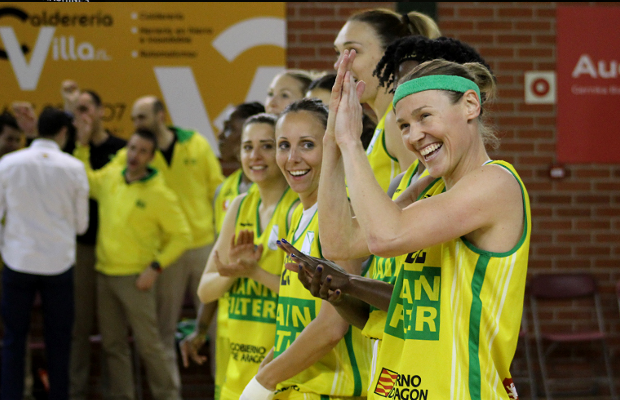 Rachael Vanderwal is staying in Spain next season, but returning to Lointek Gernika Bizkaia, who will compete in EuroCupWomen.

The GB veteran and Commonwealth Games silver medalist spent the 2017-18 campaign at Uni Ferrol, averaging 8.4 points and 2.7 assists per game in 25 appearances.

Vanderwal was last at the club three seasons ago having also played for Mann Filter since leaving in 2016.

“I am very happy to have signed and be able to play with Gernika again,” she said, via the official release.

“I loved the time I was there and I am very excited to come back and be able to help the club in all possible ways to have a successful season. ”

Ferrol finished with a 19-7 record in the top-flight and actually beat Gernika 2-0 in the playoffs before falling in the semi-finals.

Last season, Gernika failed to make it out of the group stages of EuroCupWomen as they finished with a 1-5 record.