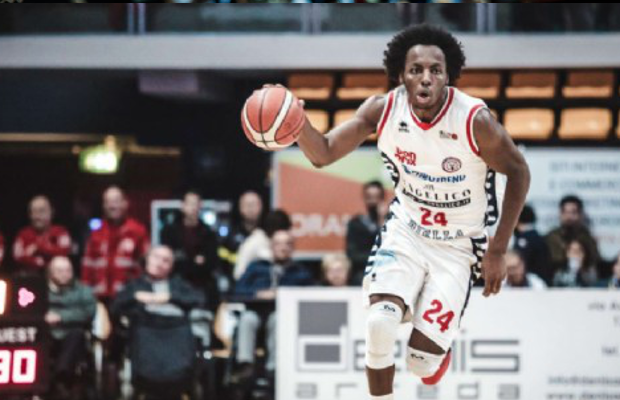 Carl Wheatle is staying in Italy at Biella for another season after re-signing for the 2018-19 campaign, it was announced.

The GB U20 forward – who also made his Senior international debut last year – joined the Italian club back in 2013 as a junior and is now set for another season in Serie A2.

Wheatle averaged 7.5 points and 5.2 rebounds per game in 30 appearances this past season as Biella went 18-11 in the regular season before going out in the first round of the playoffs.

Wheatle is expected to be included in the squad for the upcoming Under-20s European Championships having impressed last summer, helping GB secure promotion before earning a call-up to the Senior team.