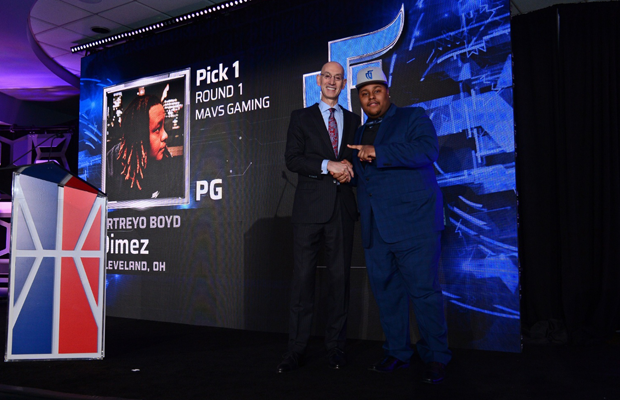 The NBA 2K League has announced the competition structure for its inaugural season, which will feature two British players.

The season will run for 17 weeks from May to August and combine the best of esports and the NBA, a blend of weekly matchups and tournaments that lead to the playoffs and the NBA 2K League Finals.

vGooner (Jamie Bull) from West Sussex was selected 56th overall by Pacers Gaming, whilst HazzaUK2K (Harry Hurst) was selected 102nd overall by Mavs Gaming, and both will be competing for a potentially life-changing amount of money.

The 15-week regular season will begin on May 1, comprising 12 weeks of matchups and three weeks of tournaments. All 17 teams will compete in a minimum of 19 games, including 14 regular-season games and three additional tournaments. Tournament results will not count toward a team’s 14-game regular-season record, but will serve as a tiebreaker for the postseason.

Playoff seeding will be determined by regular-season standings. Throughout the season, teams will be competing for $1 million prize money across the three tournaments and playoffs.

Weekly matchups will take place on Fridays and Saturdays with staggered game windows to provide convenient viewing for both domestic and international audiences.

Seeding for the other two in-season tournaments will be determined by a team’s record during the four weeks of regular-season games that precede each tournament. These single-elimination tournaments will include a play-in game between the 16th and 17th seeds. Each of these tournaments will feature a prize pool of $150,000. The final tournament will also award a playoff spot to the winner.

The playoffs will begin on Aug. 17 and run for two weeks. The seven teams with the best regular-season records and the winner of the final tournament are guaranteed playoff spots. If the tournament winner has one of the league’s top eight records, then the top eight teams will make the playoffs.

The quarter-finals will be single-elimination play. The semifinals and NBA 2K League Finals will each be best-of-three.