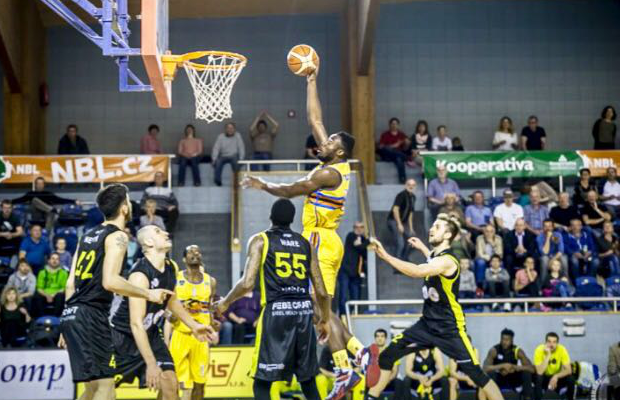 Leicester Riders have signed British forward Chris Tawiah in a deal for the remainder of the 2017-18 season.

The 24-year-old had been training with the league leaders and recent BBL Trophy winners with an agreement reached to strengthen the side ahead of possible disruptions during the Commonwealth Games next month.

Tawiah averaged 11.5 points and 6.5 rebounds in eight games for J-Hradec this season in what was his second season with the club in Czech Republic having started his pro career in 2016-17.

“I’m really grateful, excited and motivated to have joined the Riders,” he said. “The team’s reputation speaks for itself. The team is playing at a high level and it’s my duty as a player to come in and match that right from the jump.

“The fans can expect to see a hardworking active big man who is very enthusiastic about being a Rider from now until the last game of the season.”

The Milton Keynes native finished his college career at Wiley in the NAIA and averaged 7.6 points along with 9.7 rebounds per game during his senior year.

Leicester sit top of the BBL Championship with a 20-2 record with 11 games still to play with close rivals Newcastle Eagles trailing behind in second at 16-5.