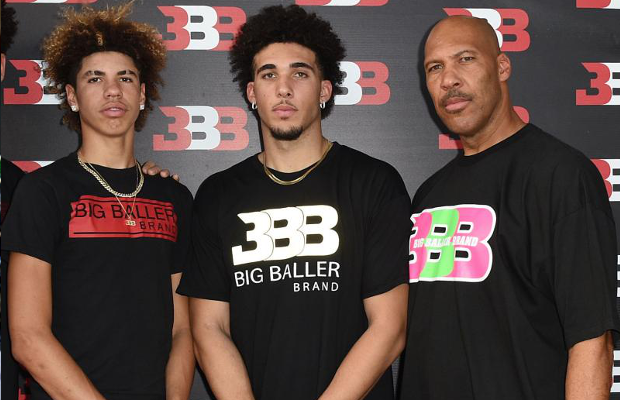 LaMelo and LiAngelo Ball are set to take to the court at the Copper Box Arena when London Lions host BC Vytautas on Easter Monday in an exhibition on April 2.

The teenage Ball brothers along with their father, LaVar, recently visited London as part of their Big Baller Brand tour and watched the Lions play in the BBL.

And, now Vytautas have agreed to an exhibition game in a clash billed as ‘London v Lithuania’ with Lions’ Head Coach Vince Macaulay hinting at a few surprises on his roster.

“With London having the largest Lithuanian population outside Lithuania, we have always wanted to play a Lithuanian team and engage with their huge fan base,” he said.

“We know Lithuania is proud to boast an exciting and dynamic basketball culture which I feel this country needs to adopt for us to take the sport to the next level.

“[LiAngelo and LaMelo] have real talent and the Lithuanian side as a whole is strong, so I know they will be a force to be reckoned with.

“I have some surprises to spring though and the Capital’s team is going to give them a good run for their money – the fans are in for a treat.”

Tickets were due to go on sale yesterday lunchtime, but are now expected to be available for the public at 12pm today on Ticketmaster.