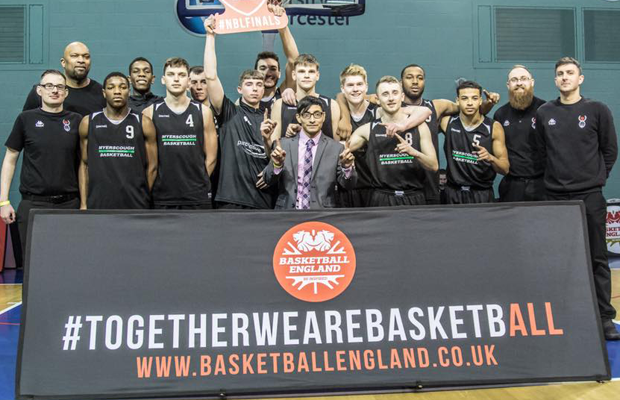 Konrad Kantorski picked up MVP honours as he went 3-of-6 from long range for 17 points along with 6 assists, as Myerscough led by as many as 23 on their way to the victory, holding off a late rally from Solent.

“We’re a young team, but we’ve got a lot of guys with experience playing at a high level and this just shows what hard work can accomplish.”

Edoardo Del Cadia added a 15-point, 10-rebound double-double for the victors, whilst David Walsh went 4-of-6 from three for 16 points. Callan Low joined them in double-digits with 12 points, and Rayon Brown orchestrated the offence with 8 assists.

“We worked really hard in that game and we did it early,” said Myerscough Head Coach Neal Hopkins.

“It might not show on the scoreline but I thought we were outstanding defensively through three quarters, we knew they had a run in them at some point but it was too late.”

Solent were led by 16 points and 12 rebounds from Daniel Bryan, with Matthew Davis adding 13 points and Karl Teesdale 11.

Myerscough opened the game on a 6-0 run to take the early advantage, sparked by Mate Okros. It wasn’t long before Kestrels fought back, reeling off a 10-3 run to take their first and only lead of the game with three minutes to play in the first.

A Del Cadia free throw immediately tied it up before a Sirmbardis lay up gave Myerscough the lead – one that they wouldn’t relinquish again. Myerscough finished the half on a run, punctuated by Kantorski beating the buzzer to put Myerscough up 35-24 at the break.

A 10-2 run midway through the third gave Myerscough a 17-point cushion as they appeared well on their way to the title.

The lead ballooned to 23 early in the fourth, before Solent mounted their come back going on a 12-3 run. Back to back buckets from Teesdale pulled Solent to within 13, 68-55, with 1:49 to play before Myerscough closed the game on a 7-0 run to extinguish any hopes of an improbable come back.