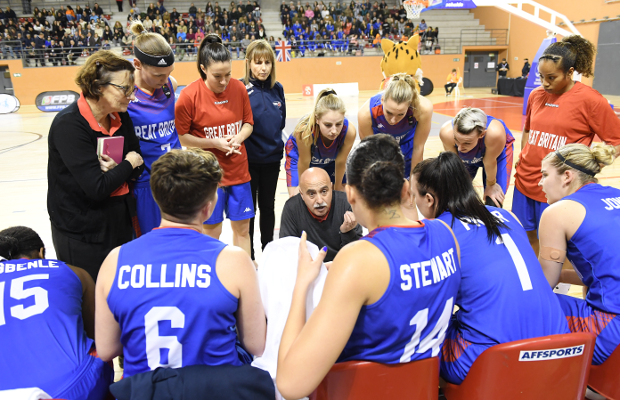 Great Britain’s Senior Women claimed a vital 56-64 EBW Qualifiers victory on the road against Portugal, in Loule, on Saturday evening.

Chema Buceta’s side outscored the hosts 17-4 in the fourth quarter – closing the game on a 15-0 run for their second win of the campaign.

Chantelle Handy led the way with a game-high 21 points, while Temi Fagbenle added 15 points and 10 rebounds.

Portugal made a fast start with a 10-1 opening before GB gradually settled having handed a debut to naturalised guard Karlie Samuelson.

Handy’s late triple at the first quarter buzzer trimmed the deficit to 18-12 before the visitors moved ahead in the second, only to trail 32-31 at the half.

Portugal then extended their advantage with a 20-16 third period and looked in control with a 56-49 lead with 5:52 remaining. However, GB battled back and executed at both ends, scoring the final 15 points of the game to take the win.

Meanwhile, Israel earned a 65-63 triumph over Greece earlier in the day with GB’s victory meaning all three teams have 2-1 records ahead of their next games.

GB face a huge game on Wednesday as they face Israel at 6:30pm in Tel Aviv.