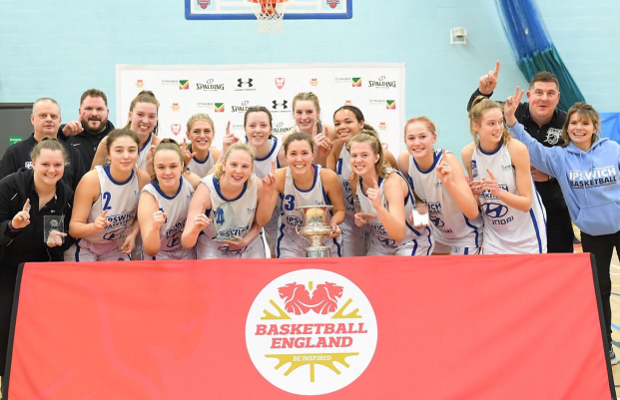 Ipswich overturned a 14-point deficit at the end of the first quarter to battle back and beat Essex Blades 67-58 in the National Cup final, at UEL Sportsdock.

“We knew it was going to be a game of two halves and luckily it went our way,” she said. “It was a really good win in the end, we fought all the way and finally got the win.”

Essex led 7-2 early on and increased their advantage with a 12-2 burst with all of their points coming from downtown.

Ipswich controlled the third as they held their opponents to just seven points to further reduce their deficit and it was an 11-4 burst in the fourth quarter that pushed them ahead at 54-55.

Essex re-took the lead with the next score, but then conceded a 10-0 run as Ipswich produced a pivotal spell to seal victory.

Jasmine Ogunjimi had a team-high 15 points in defeat for the Blades.