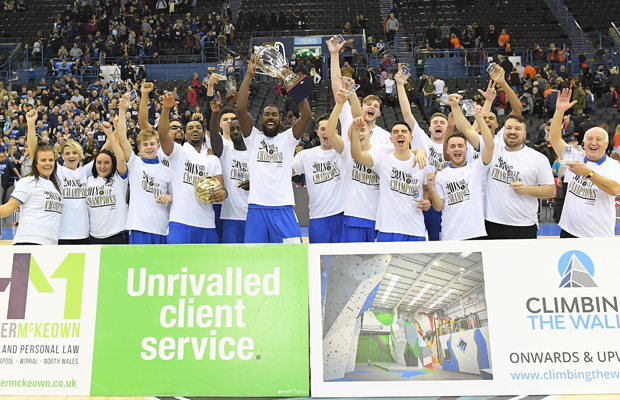 Cheshire Phoenix made history with their first-ever BBL Cup title with a 99-88 victory over Worcester Wolves in the final on Sunday in Birmingham.

It is the club’s first piece of silverware in over a decade as they overcame Worcester Wolves behind a 26-point, 9-rebound MVP performance from Malcolm Riley.

“It was really hard but we have always taken on the underdog mentality,” Riley said. “We had nothing to lose and everything to gain. We knew this could be a good one and we got the job done.”

CJ Gettys added 19 points for the victors, with Robert Sandoval having 8 assists and 5 steals to go with 12 points, while Tevin Falzon went 3 of 3 from downtown in his 12-point haul.

Despite trailing early against the favourited Worcester side, Cheshire turned it on in the third as they poured in 32 points, distributing the ball on their way to 25 assists on the game.

“Thank you to Worcester for pushing us to the absolute limit,” Phoenix Captain Orlan Jackman commented. “It was a very intense game and close. We locked in on defense and the guys were just solid. There were a few plays that went our way and that is how we ended up getting on top.”

It marks a fairytale turnaround for the club that was brought back from the edge of bankruptcy in 2012, ultimately saved by the same fans who cheered them to the title on Sunday afternoon.

In 2012 Cheshire Phoenix needed £50,000 in order to stay in business. They achieved that. Today they won the BBL Cup final in front of 10,000 fans live on the BBC. Much to be learned from the way they operate now.

Cheshire Head Coach Ben Thomas was thrilled with the victory:

“I am absolutely made up for the Cheshire Phoenix organisation first and foremost. Our fans are some of the best in the country. They have stuck with us after a couple of up and down years, but from the start of this season, they have always had our backs. They are always loud and proud. Every single player gave 100% when they were on the court and when you do that, this is the kind of result that you get.”

Worcester were led by 18 points off the bench from Mike Ojo, with Dallin Bachynski having 16 and Elvisi Dusha added 15 and 8 assists.

“I would like to congratulate Ben (Thomas) and Cheshire on a really good job in getting to the Final and then taking us out of our rhythm and sets,” Wolves Head Coach Paul James added. “Defensively they were really solid and we struggled to cope with that.””