Kevin Cadle Passes Away at 62 - Hoopsfix.com

Support
Home / Everything Else / Kevin Cadle Passes Away at 62

Kevin Cadle Passes Away at 62 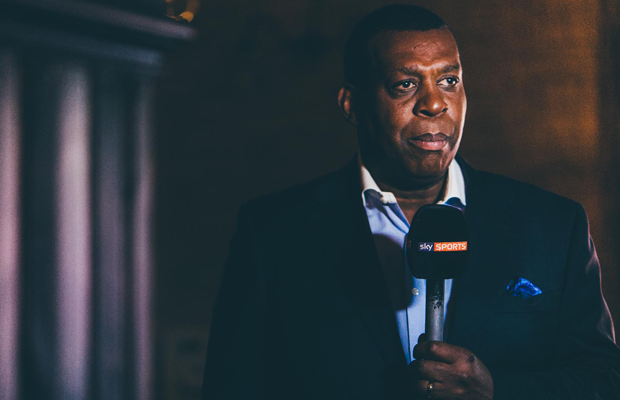 British basketball legend Kevin Cadle has unexpectedly passed away at the age of 62.

The all-time winningest coach in BBL history with an 80% success record, Cadle won six Coach of the Year Awards and numerous titles, before turning his hand to broadcasting where he was fronted broadcasts for the NBA and NFL, and was has also been calling Euroleague games with IMG for the past two seasons.

In total, he won each trophy five times in the BBL (plus a Cup title in the season before the inaugural BBL campaign). Cadle oversaw a jaw-dropping period of dominance at the helm of Glasgow and Kingston between 1998 and 1992, when he masterminded a stellar run which collected 14 out of the 15 pieces of silverware on offer.

Can't even begin to process the news regarding the passing of one of true gentlemen in British Basketball. Kevin Cadle over the years had a huge impact in my basketball development. His camp at Crystal Palace was the first one that I had ever been to. He was also my first professional coach while he was at London Towers. Giving me the opportunity to practice and dress for the men's team. Kevin always had advice after my games that he attended. Never criticized only ever advised. To hear that he is no longer with us is going to be hard to comprehend. At this moment all I can really say is my thoughts and prayers are with his family. As today British Basketball has lost a real legend.


During the same period, he took Kingston to the Quarter-Finals of the Champions Cup – the equivalent of the modern-day Euroleague. Cadle came up with victories against some giants of the European game including the likes of Maccabi, Aris, Scavolini, CSKA and Limoges.

Countless members of the British basketball community have come out to pay tribute to Cadle.

“I am very shocked and saddened by the news of Kevin,” Steve Bucknall commented.

“He was an inspirational coach, mentor and friend. He empowered so many of us to reach for the top of the achievement ladder in life. He believed that the sky was the limit to what one could achieve. May he RIP”

“We’ve lost a great of the British game and a wonderful person who was a friend and an inspiration. His coaching record speaks for itself. He was simply a great coach at the highest level. After time has enabled this news to be absorbed, we can really appreciate the impact Kevin had on our game. At this time my thoughts are with his family and friends.”

The hugely respected and revered American coached almost 500 BBL games during his career and finished with a staggering overall record of 397 wins and 97 losses (2 ties).

As well as calling the plays at Falkirk, Manchester and London Towers during his illustrious club career, Cadle also coached the England, Scotland and Great Britain teams – as well as a number of BBL All-Star Games.

“Today, British Basketball lost a true legend. Apart from being one of the greatest coaches in British basketball history, he was also one of the biggest supporters of British players and coaches.

“He touched so many people from the basketball community in the most positive way possible. He will be incredibly missed by all of us. Rest in peace and our thoughts go out to his wife, daughter and family.”

I am sorry to say that this great man Kevin Cadle is no longer with us. All glory to God. pic.twitter.com/sQKxpiG7yR

A sad, sad day, as British game unites to pay tribute to @kevincadle.

We are shocked and saddened to hear that #BritishBasketball has lost a true legend in Kevin Cadle. Our thoughts and prayers are with his family and friends. pic.twitter.com/IaovJopl3Q

Had many battles against his teams plus he gave me a senior men’s call up in ‘93. We’ve lost a great one in Kevin Cadle. RIP Coach!! https://t.co/z1c9cRUsFV

Really sad to hear about the passing of Kevin Cadle, a true legend in UK Hoops! Thoughts are with your friends and family. RIP

Just waking up to the incredibly sad news that Kevin Cadle has passed away at age 62. Coaching legend but lovely man foremost.

Hoopsfix wants to pass on our sincerest condolences to Kevin’s friends and family. RIP.