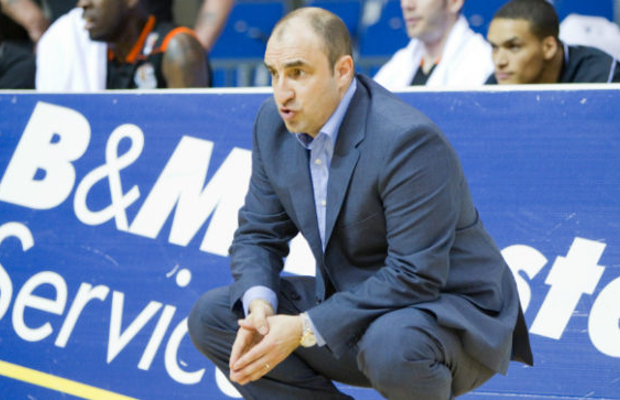 The 48 year-old – also in charge of Glasgow Rocks in the BBL and Scotland’s Senior Men – takes over from Joe Prunty with his four-year reign ending following EuroBasket 2017.

Garbelotto led Mersey Tigers to a domestic treble in the BBL in 2011 having also coached around the world.

“For me, it was the right time to come back to the UK for all types of personal reasons,” he said.

“It’s definitely a great situation to be in. Obviously, I’d been in Asia for the last three years and in Germany prior to that and there was this unique set of circumstances that came together.

“It’s an interesting time for British Basketball as there seem to be a lot of things happening and there’s an incredible group of young players coming through.”

He added on predecessor, Prunty: “We’re all extremely proud of the way this group has developed and I think Joe has done an incredible job of fusing those young players with the older players.

“You can see the discipline that this team plays with and I think we can be thankful that we’ve worked with such a high-level coach who took this group on, after Coach Finch left the programme. Credit to Joe for what he has done over the last four years.

“I’ve been involved in the modern Great Britain programme since its inception and I don’t believe that even before London 2012, we truly got the fusion of young and mature players at the right stage.

“They are a really tight group and if we can add players to this group for the World Cup qualifiers, we can be excited about the possibilities where this team can take us.

British Basketball Performance Director Mark Clark added: “First of all, I’d like to thank Joe Prunty for everything he has done for the programme since he arrived in 2013.”

“Joe has left the programme in a healthy state, with young players such as Gabe Olaseni having had a first taste of major tournament play and showing they can perform at this level.

“I’ve known Tony for some time and he is a very talented coach with a deep knowledge of the international game and I’m looking forward to working with him.”

Garbelotto takes charge of GB ahead of the FIBA World Cup 2019 European qualifiers, which start in November with Greece, Estonia and Israel their Group H opponents.