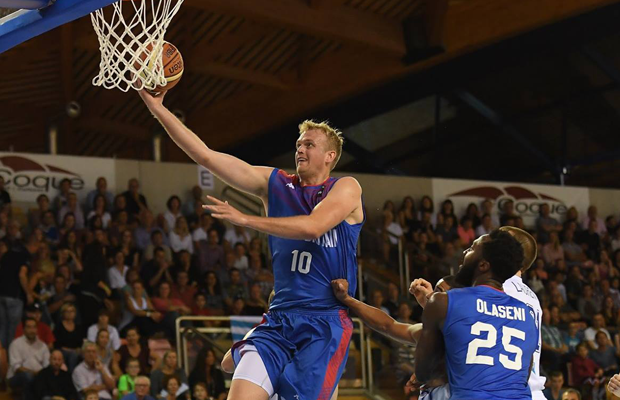 Dan Clark has joined ACB side UCAM Murcia for the remainder of the season after leaving MZT Skopje.

The GB forward had a mixed experience in Macedonia with averages of 8.5 points and 4.1 rebounds in 15 games in the Adriatic League.

Clark had a brief spell playing alongside Devon Van Oostrum – before his injury – and now teams up with another Brit in Ovie Soko.

The 28-year-old is no stranger to playing in Spain having spent most of his professional career plying his trade in one of Europe’s strongest leagues.

Murcia are struggling in the Spanish top-flight with a 7-15 record and are four wins adrift of the playoffs having also been knocked in the Top 16 stage of the EuroCup.

And, Clark believes his experience can be a factor in helping his new side avoid the drop.

“It’s not the first complicated situation I’ve been in,” he said in his introductory press-conference this morning.

“I think my experience in the league can help in such a situation.”

Murcia’s next game is against Andorra – a team Clark played for in the 2015-16 season.