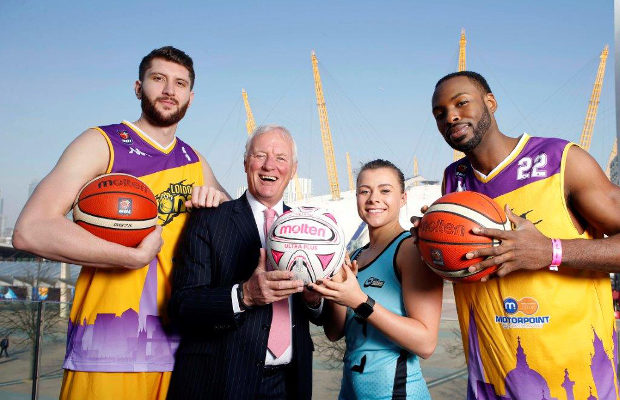 Barry Hearn’s Matchroom Sport have launched a new tournament to be held at The O2, prior to the 2017-18 BBL season.

The British Basketball All-Stars will take place from 1-6pm on Sunday 24 September with the five-hour session including the top eight BBL teams and will be broadcast live on Sky Sports.

The event is coupled with a new netball event that takes place on the same weekend.

“The popularity of basketball and netball is at an all-time high right now,” said Hearn.

“We want to bring this right to the fore with a massive weekend at The O2. We’re bringing fast-paced and exciting formats to generate non-stop action and two unmissable events.

“It’s also about encouraging participation. Both sports are continuing to grow at a rapid rate and for that to continue we must encourage people young and old to get out there and try these exciting sports.

“We want to help with this by bringing both basketball and netball centre-stage for one huge weekend in London.

“By combining the expertise of Matchroom and Sky Sports with those of the British Basketball League we know that we are embarking on something special.”

Further details are still to be worked out, but the proposed format sees two wins needed to advance to the Semi-Finals with games to be played over a shorter format – something Matchroom are renowned for having also created a one-frame shoot-out event in Snooker.

The breakdown is as follows:

Tickets are expected to go on sale next week with BBL members given first choice on Monday 3 April before eventually going on general sale on Friday 7 April.