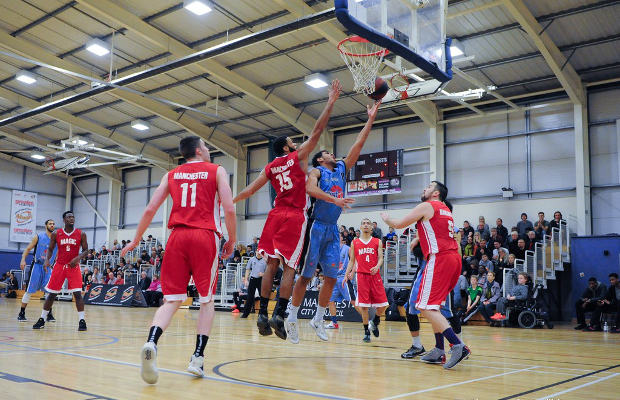 The latest round-up across the NBL from D1 to D4 with three different competition finals set over the weekend.

Two-time defending champions Manchester Magic will take on London Lituanica in the Trophy final after both teams came through their last four clashes.

Manchester defeated Derby Trailblazers 84-69 to book their spot in a third successive final, despite 34 points from Matthew Ward-Hibbert.

The holders were led by Simon Anumba’s 22 points with Duane Morgan and Stefan Gill adding 20 and 17 points respectively.

London Lituanica had sealed their place on Saturday after defeating Worthing Thunder 65-80 on the road behind 21 points from Ausridas Petraitis.

The visitors held Worthing to just four points in the third quarter as they pulled clear for a comfortable victory.

Reading Rockets (11-3) continued their surge in D1 with a 10th consecutive victory with a 89-74 triumph at home to Essex Leopards (5-10). Chris Hooper led the charge with an impressive 40 points, while the Leopards’ resistance was paced by 29 points from AJ Roberts.

The league leaders and recent National Cup champions, Team Northumbria (13-3), suffered their third defeat as they fell to London Lituanica (8-6) in a 96-90 overtime loss. Audrius Damusis top scored with 23 points with Lewis Champion netting a game-high 32 for the visitors.

Meanwhile, Solent Kestrels (8-6) bounced back from their Cup loss as a combined 53 points from Marquis Mathis and Caylin Raftopoulos helped secure an 87-94 win away at Hemel Storm (5-11). The home side led by eight at the half, but Solent battled back for the win.

Loughborough Student Riders (9-7) made it back-to-back wins as they recorded a 66-82 victory on the road against Leicester Warriors (6-9). The Riders made their move in the second period and were led by Levi Noel’s 19 points.

Thames Valley Cavaliers (11-2) suffered their second loss in D2 as they went down 81-70 away at London Westside (7-7) as Kayne Henry-McCalla poured in 31 points to lead his side to victory.

Kent Crusaders (12-2) returned to the top with a dominant 107-58 success against Derbyshire Arrows (6-8) with RJ Eytle-Rock leading the rout with 21 points, while Team Newcastle University (12-2) are level having defeated Nottingham Hoods (5-9) 77-71.

The top two in Division 2 will meet in the Patrons Cup Final.

Team Newcastle University backed up their league victory over Nottingham Hoods with an 81-75 triumph on Sunday with Richard Austin top scoring with 25 points.

Kent Crusaders recorded an 85-97 win on the road at Thames Valley Cavaliers as they overturned a seven-point half-time deficit.

RJ Eytle-Rock led the way with 24 points with the Cavaliers paced by Martelle McLemore’s 26-point haul as the home side fell short of another final appearance.

Team Birmingham Elite (10-3) claimed another home win after beating Myerscough College Spinners (6-7) 84-62 after pulling away in the third with Coventry Tornadoes (5-8) also winning 80-65 over Mansfield Giants (2-12).

Sussex Bears advanced to the National Shield final after posting a 69-87 win on the road against Oxford Brookes University. Abdoulaye Sylla netted 25 points for the hosts, but it was 28 from Hank Rivers that guided Sussex to victory.

They will face Team Birmingham Elite in the battle for silverware after the Midlands side took down D3 North leaders University of Chester with a 61-70 road success, despite 26 points from Niel Gillard.

In D4 Midlands, Northants Taurus (11-1) extended their lead at the top with a 100-64 triumph over second-placed Shropshire Warriors (10-3) with the visitors having beaten Birmingham Mets II (2-7) 79-58 the day before.

The NBL Finals day will take place at the University of Hertfordshire, on 19 February.