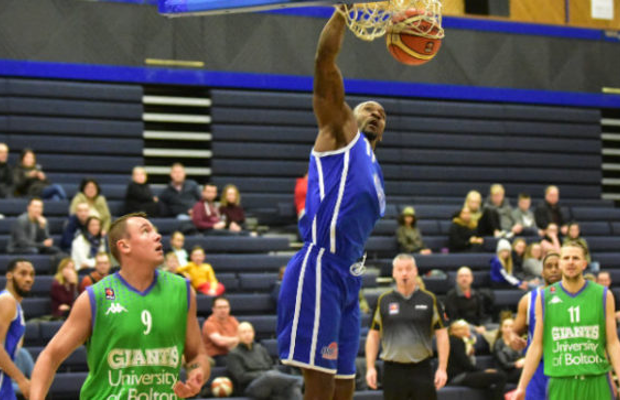 Essex Leopards caused an upset in the first round of the BBL Trophy after beating Manchester Giants 86-84, on Friday night.

The NBL D1 side are one of four non-BBL teams invited into the competition and they took full advantage by knocking out the BBL’s basement side.

Darrell Bethune – who previously played in the top-flight with Leeds Force – netted a game-high of 32 points including the go-ahead triple in the final minute.

42-year-old Mike Martin continues to prove age is no barrier and the former BBL veteran added 20 points in the win with AJ Roberts flirting with a triple-double after posting 16 points, seven rebounds and nine assists.

Essex led by as many as 15 points in the second period, but the Giants battled back to take a four-point advantage in the fourth before a 5-0 close secured victory for the hosts.

The Leopards advance to the Quarter-Finals and will face Scottish champions, Boroughmuir Blaze, or Plymouth Raiders in the next round.

It’s not the first time that a team from Division 1 have beaten a BBL side with Bristol Flyers beating Surrey United in 2014 prior to moving up, while Worthing Thunder defeated Mersey Tigers in 2013.