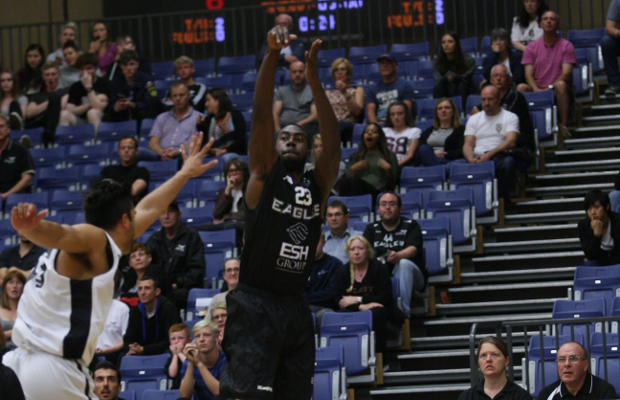 Newcastle Eagles began preparations for the new BBL season with an impressive showing against Basketball Champions League opposition in the MKM Euro Invitational, at Sport Central.

Fab Flournoy’s side opened the pre-season tournament with a convincing 112-89 victory over Danish side Bakken Bears on Sunday, before falling to an agonising 87-86 loss against last year’s Estonian runners-up, Tartu Rock, in the tournament finale.

The Eagles were led by 27 points from Darius Defoe in the opener with Scott Martin weighing in with 22 points.

The American followed with another 22 points in Monday’s Final defeat, while Defoe added 17 points along with reigning league MVP, Rahmon Fletcher.

What a great experience for the team, and the club a lot of positives to take from this. Step forwards NEVER backwards! Successful tourney

Newcastle trailed by as many as 11 points in the final quarter, but launched a stunning comeback with a 14-0 run to take an 80-77 lead as new signing Deondre Parks began to hit his stride.

However, Tartu Rock responded and were able to produce a strong finish as they wrapped up victory following a tense conclusion.

Orlan Jackman and Christian Behrens – who have both received GB Senior call-ups in the past – also made their debuts for Newcastle in the two games.

📹 @N4OrlanJ takes it to the basket for the Eagles in the final quarter of our @mkmbs Euro Invitational tournament. pic.twitter.com/11nfmlfZBZ

Belgian side Oostende were also involved in the tournament, and finished third after beating Bakken 102-73 in the preceding game on Monday.

All three visiting sides will take part in the the inaugural Basketball Champions League this season with Tartu Rock and Bakken involved in the qualifying rounds with Oostende starting in the regular season.