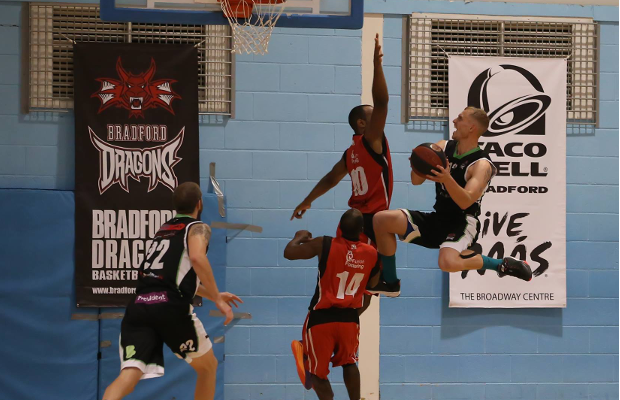 The new National Basketball League (NBL) season has begun with the cup competitions and lower leagues getting underway this past weekend.

Each week, we will go through all of the action from D1 down to D4 as well as the cup competitions that take place.

The new season began in dramatic fashion as Leon Henry netted a game-winning three at the buzzer to hand Hemel Storm a 68-69 road win over Essex Leopards, on Friday night. Henry finished with 13 points in the win, while four other players reached double figures. As for the hosts, Justin Hitchman top scored with 15 points.

Worthing Thunder started the campaign with a 78-71 success over last season’s runners-up, Reading Rockets as new American Lyonell Gaines posted 32 points and 12 rebounds with Tom Ward adding 16 points. The Rockets were led by a new recruit of their own as American Chris Hooper scored 22 points before fouling out with side 66-65 ahead in the final quarter.

“It was a fantastic start to our trophy campaign,” said Thunder’s Head Coach Daniel Hildreth. “We knew how important the game was especially in a smaller group. A win next week and we are in a semi final. That’s our goal, one game at a time and then on to the next.”

Defending champions Manchester Magic opened the season with a convincing 85-99 win on the road at Bradford Dragons as Simon Anumba poured in an impressive 35 points for the victors. The Dragons were led by a combined 53 points from Rihard Sulcs (28p) and Marcus Gooding (25p/7a) as they fell short.

“We didn’t get off to a great start and were pretty much playing catch up the rest of the way really,” said Dragons Head Coach, Chris Mellor.

“We cut the lead numerous times to four or five points in the second half but they came up with scores at the right time to stop our momentum.”

There was also a big away win for Marc Steutel’s Team Northumbria side as they defeated Lancashire Spinners 58-78 at the Castle Leisure Centre. Siman Stewart led the visitors with 15 points, while Lewis Champion and Jack Preston added 13 points apiece.

On Sunday, London Lituanica claimed a resounding 94-69 win over Westminster Warriors at Newvic College as they start as they mean to go on. Ausridas Petraitis top scored with a 20-point haul to lead his side to victory as they had opened up a commanding 21-point advantage by half-time.

Kent Crusaders began the new season by edging out Ipswich 70-66, despite 24 points from the returning Luke Mascall-Wright. The Crusaders were led by Obi Agu’s 20 points, while RJ Eytle-Rock weighed in with 12 points to help Lloyd Gardner’s side off to a winning start.

Derbyshire Arrows pulled off an 88-79 victory over Doncaster Eagles behind 19 points each from Joseph Baugh and Aaron Moseley. The visitors – newcomers to Division 2 this season – were paced by 19-year-old Liam Knapp’s 17 points.

There was also a home win for Liverpool as they overcame the challenge of Tees Valley Mohawks with a balanced scoring attack helping secure a 78-57 victory.  The game was tied at 35-35 at half-time, but the home side pulled away for the win, despite 22 points from Alex Moore.

The First Round began in the National Cup at the weekend with D1/D2 teams involved later in the competition.

Swindon Shock moved into the Second Round with a 68-77 win away at Woking Blackhawks and there was also a road victory for Shropshire Warriors after narrowly beating City of Birmingham, 65-68.

NBL D3 South action began with two home defeats for Greenwich Titans (0-2) as they went down 61-69 against Sussex Bears (1-0) before falling to a 72-85 loss against Middlesex LTBC (1-0) the following day.