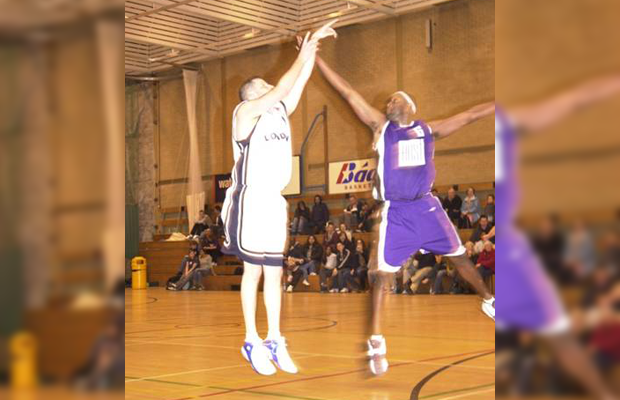 Legendary shooter Pete Deppisch will be holding his first annual shooting camp later this month from August 15-17 at Vyners School in West London.

The 45 year old American had a successful 10 year professional career in Germany, Portugal and the BBL (London Leopards & Manchester Giants), before finishing his career in NBL Divsion 1 with London United from 2000-2006, where he cemented his status as one of the deadliest shooters this country has ever seen.

He is currently Head Coach of the Brunel Ducks in Division 3 (he had to suit up for two games during the 2014/15 season due to a shortage of players, hitting 12 threes in the first, and then eight threes in the fourth quarter of the second game), but is looking to pass on his shooting knowledge to the next generation after seeing a lack of pure shooters in the UK game.

“I’m holding the shooting camp because looking at English Basketball I feel that there’s a lack of shooting development for players,” Deppisch said. “I’d like to help develop this from a beginner level up to national league players including English internationals.”


The camp will be using basketball which feature sensors to track specific elements of a player’s shooting form including speed of release, arc trajectory and backspin, and will offer players the chance to have ongoing personal follow ups for those who want to continue improving their shooting through video analysis and 1 to 1 sessions.

“This camp is unique because it will offer players a personal analysis of their shooting form and concentrating on specific areas for improvement,” Deppisch added.