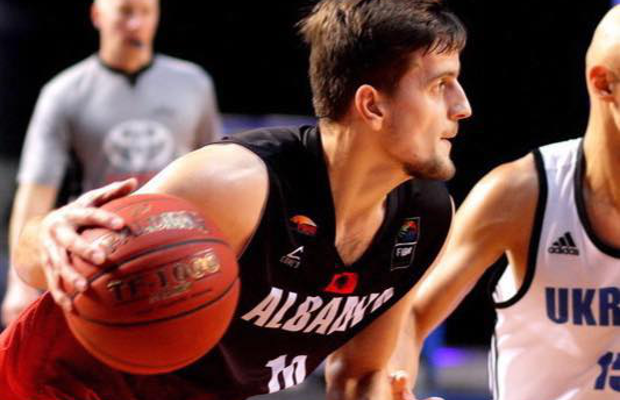 Elvisi Dusha has made Albania’s final 12-man squad for the EuroBasket 2017 Qualifiers, that start today.

The former GB Under-20 candidate opted to represent his native country and now hopes to help his side make an impact in the competition.

Dusha said on his Facebook page: “I feel priveleged to be representing Albania and hopefully we can cause some upsets.

“Huge thanks to the Head & assistant coaches for the chance and knowledge they help me gain.

Albania last played at a major tournament in 1957 and they take on Georgia in Tbilisi tonight in their qualifying opener.

You can track Dusha’s progress in that game with live stats here.