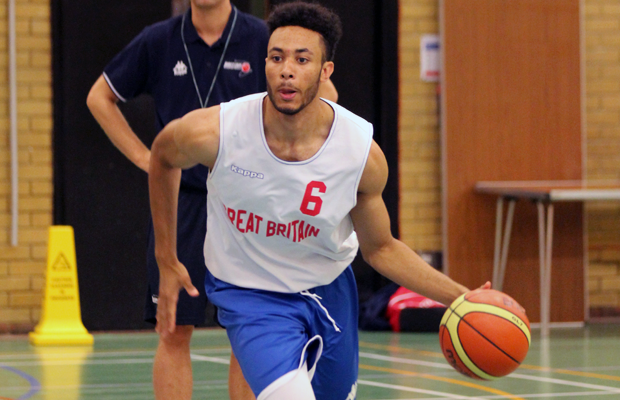 Great Britain Under-20’s made a winning start to their Division B campaign at the European Championships, in Chalkida, Greece, after beating Albania 62-44, on Friday morning.

Pharroh Gordon top scored with 12 points to lead a balanced attack with Josh Steel also in double figures with 10 points along with eight rebounds as Andreas Kapoulas’ side earn a 1-0 record in Group C.

After a slow start, Dang Akodo opened the scoring and GB would have a narrow 4-3 advantage through the first five minutes of the game. Gordon converted a three-point play to cap a 13-4 run for GB to help forge a 17-11 lead at the end of the opening quarter.

Scores from Deane Williams and Sedale Hanson-Young extended the gap to double digits for the first time at the start of the second and Steel showed his range in the period with two triples as GB went into half-time with a commanding 11-point lead at 34-23.

GB were slow to get going in the second half and were held to just a single point for over four minutes in the third with the lead trimmed back into single figures.

Andre Arissol had the quick hands to turn a steal into a score at the other end for GB’s first field goal in the quarter to re-open the 11-point gap at 40-29. Callum Lawson later added a three after a good save from Steel and GB headed into the fourth, 48-31 ahead.

A 6-0 burst towards the start of the final quarter saw the lead extend beyond 20 points with the advantage peaking at 54-33. Steel became GB’s first player into double figures and Gordon followed suit later on with four points to finish with 12 to complete the routine win.

11 players got onto the scoresheet for GB and they edged the rebounding battle (46-41) whilst holding their opponents to less than 30% from the field.