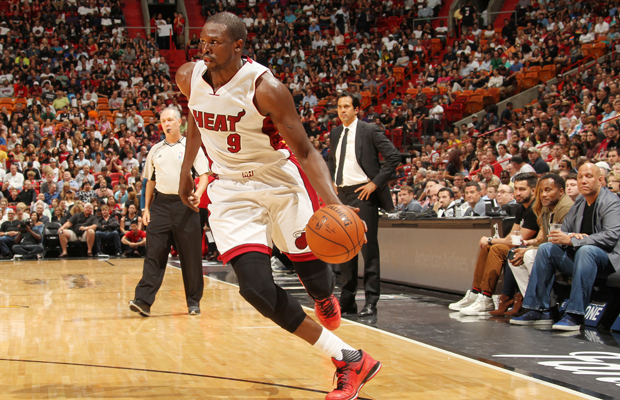 Luol Deng scored a season-high 30 points to help lead Miami Heat to a 115-111 win on the road at Atlanta Hawks last night, in the first game back after the All-Star break.

The GB star went 11-of-17 from the field and also added a season-high 11 rebounds plus four steals in a strong 38-minute effort.

“We did a good job attacking the paint and kicking the ball out,” Deng said, post-game.

“We knew we were missing players, but we knew we had to come out with a lot of energy – throughout the whole game we did a good job of keeping the pace up.”

Deng’s previous highest score this season had been a 20-point haul he recorded in a 91-103 loss against Minnesota Timberwolves in November.

With Heat without All-Stars Dwyane Wade and Chris Bosh as well as starting centre Hassan Whiteside, Deng stepped up to lead his side to their third victory over the Hawks of the campaign with 12 points in the final quarter.

That's his highest scoring quarter of the season. pic.twitter.com/1BuXPdHTqG

Deng’s haul marks his second 30+ game for Miami having also dropped the same number against Dallas last season, but is still short of his career-high 40 points netted against Portland in 2010.

Miami currently sit fourth in the Eastern Conference with a 30-24 record and look well placed to make a return to the post-season after missing out last season.

Check out Deng’s highlights below (via @MiamiHEAT)

30 points and 11 rebounds tonight for @LuolDeng9!
(both season highs)

Check out his highlights in Atlanta.https://t.co/aBHanrZvzP

And watch the 30-year-old put Mike Scott on a poster!