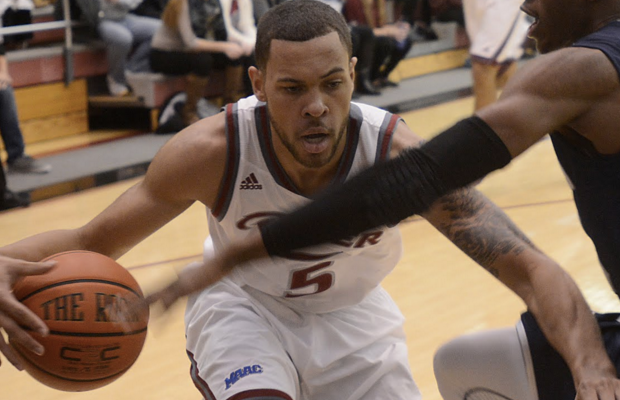 Okereafor – who made his GB Senior debut in the summer – scored 25 points including 5-of-9 from 3-point range as Rider fell to a 74-70 loss at Fairfield in their second conference game. The senior guard then dished out a career-high nine assists to go with five points in a 64-65 home defeat as Rider drop to 1-8 for the season.

Alex Young produced an all-round effort with 11 points including 9-10 from the line in the second half along with six rebounds and four assists in a 70-67 win over Pacific, while Luke Nelson added five points and four assists. Young struggled to find his range in a following 70-60 loss at undefeated Saint Mary’s, going 1-of-9 from the field, while Nelson finished with 12 points.

Ryan Martin had another strong game for Tennesse Tech after posting a double-double of 18 points and 11 rebounds to lead the Golden Eagles to an 81-78 victory – their sixth straight. Meanwhile, Dwayne Lautier-Ogunleye played in 45 minutes of Bradley’s 65-59 overtime loss at North Dakota, scoring eight points after going 2-of-15 from the field, whilst adding seven rebounds and three assists.

Jack Crook had a double-double of 11 points and 12 rebounds in a 61-70 home defeat for Seattle, before making 11 field goals in a 22-point haul along with eight boards, three assists and two blocks to lead his side to an 84-72 win over Mississippi Valley State. Aaron Menzies came off the bench to grab 12 rebounds in 20 minutes.

Notes: Legend Robertin made his college debut with Clemson, while Josh McSwiggan was ruled ineligible and will sit the entire season at UTEP.