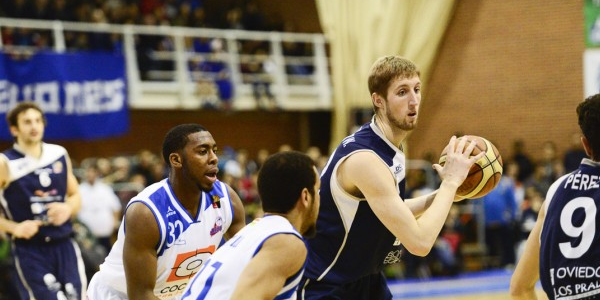 Former GB under-20 international Will Neighbour has joined Surrey Scorchers for the 2015-16 season.

In 11 games for Oviedo, Neighbour averaged 4.7 points per game before averaging 3.8 points in 10 outings for LF Basket in the Swedish top flight – shooting above 50% from the field.

“I have been in constant contact with Will, either through training with myself or while he has been playing in some top summer leagues in China and Australia,” said Head Coach Creon Raftopoulos.

“It was an easy move for him. He’s a local lad and he wanted to play for the club more than we had to chase him. The facilities, strength and conditioning team and physio options available to him at Surrey Sports Park were a major factor in his decision to sign.

“The fact that we can sign players of this calibre shows the direction that Scorchers is taking in the BBL.”

The 25-year-old represented GB U20’s in consecutive summers from 2009-10 and also received an invite into the Senior Mens camp prior to turning pro.