England U18s Edged Out by Poland in Division B Opener - Hoopsfix.com

England U18s Edged Out by Poland in Division B Opener 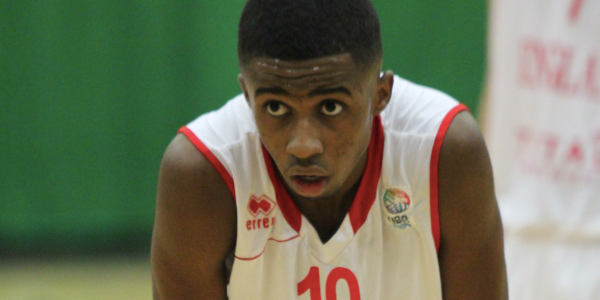 England under-18’s suffered a 65-60 loss against Poland as they opened their Division B campaign at the European Championships, in Austria on Thursday.

Karl Brown’s side went over seven minutes without scoring across the third and fourth quarters in a baron spell that proved costly to their chances of an opening win.

Kyle Carey, MVP at the second Hoopsfix All-Star Classic in May, top scored with 15 points while three players finished with 8 points including Andre Arissol, who also ended up with five steals.

Four points from Henri Langton put England into the lead for the first time early on as both teams traded baskets throughout the quarter with neither managing to break clear.

Arissol came off the bench and scored six points in the final three minutes to help England into a 20-19 advantage at the end of the first.

Carey scored five points to help his side close the half with the final seven points and go into the break level at 35.

There was still nothing between the two teams when Aidan Gastaldi-Davies fired in a 3-pointer to make it 42-42. Calvin Nevill-Kintu also struck from downtown but Poland were able to edge ahead and take a 53-47 lead into the final quarter.

England had gone seven minutes without scoring when they opened their account three minutes into the fourth, but now found themselves trailing in double figures.

A late rally fell short despite six points in the final two minutes from Carey as Poland were able to seal the win from the free throw line.

England shot 36% from the field including 5-23 from 3-point range and gave up 21 turnovers.

England return to action at the same time tomorrow at 7:15pm (UK time) when they take on Albania, who also lost their first game.