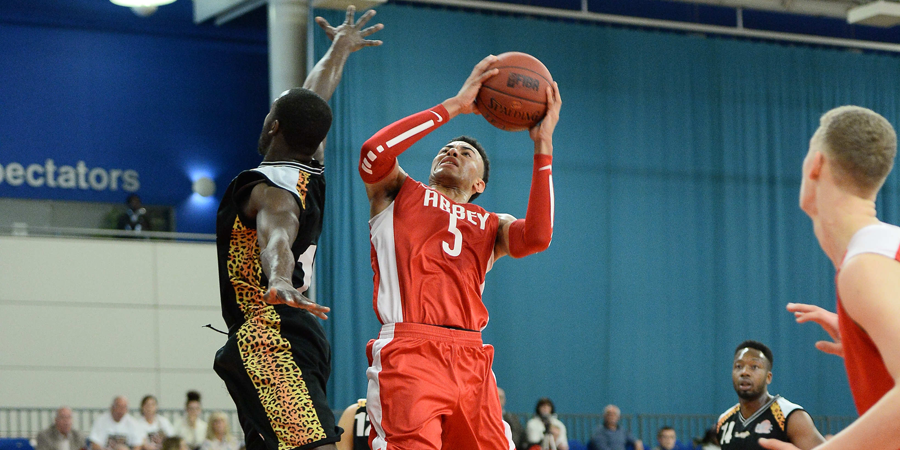 Leading England junior Josh Steel is the latest Brit heading to a NCAA Division 1 school next season after signing with Duquesne University.

The 18-year-old is regarded as one of the most elite players of his generation, and claimed the MVP award after leading Kent Crusaders to the NBL Division 1 playoffs title last month.

Steel has been part of the Barking Abbey academy since he was 13, and joins team-mate Akwasi Yeboah in heading Stateside to begin his college career.

“I chose Duquesne because I really felt comfortable with the coaching staff and the team when I went for my visit, and I believe that the programme will be able to help me develop my game,” Steel said via Barking Abbey.

“I believe that the A10 would be a good level for me to play at and will continue to push me throughout the four years.”

The 1997 born guard is following in the footsteps of GB veteran Kieron Achara and rookie pro Ovie Soko, who finished their college careers with the Dukes.

The 6’4″ guard is one of five members of the Crusaders ‘Comeback Kids’ squad that will feature in the 2015 Hoopsfix All-Star Classic in Brixton on Saturday 23rd May.

“It’s an honour and a great feeling to be able to play in a game with the other high calibre players in this country,” said Steel. “It will be a fun game to play in before we all get ready to go our separate ways.”

Steel also had interest from Davidson, Elon and UTSA, but decided on Duquesne, to the delight of their Head Coach Jim Ferry.

“Josh has the kind of size, length and versatility that will allow us to play him at multiple positions,” said Ferry. “He has the ability to have an immediate impact on our program.

“He not only solidifies our guard/wing position for next year, but for the future as well. He will be a tremendous asset to our team and the Duquesne community.”

You can watch Steel in action at next week’s Hoopsfix All-Star Classic by buying tickets here.