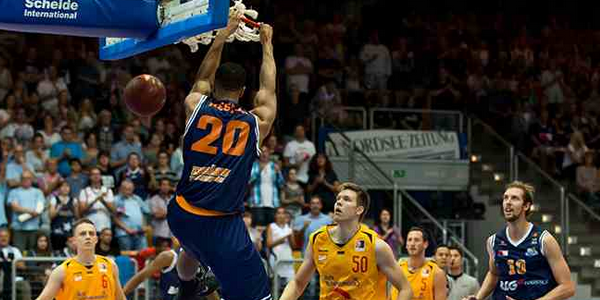 Check out our latest round-up looking at the British players in action overseas over the past seven days.

Luol Deng scored 17 points in a loss against his former side, Cleveland, as Miami Heat fall to four straight defeats. The two-time All-Star also had 13 points and 8 rebounds in a one-point loss in Detroit. Meanwhile, Joel Freeland played 14 minutes in last night’s loss to Brooklyn; collecting six rebounds and scoring 2 points.

Matthew Bryan-Amaning and Club Soles are one game away from winning the LNBP Playoffs in Mexico after taking a 3-1 lead over Pioneros. The 26-year-old has been battling sickness during the Finals, but still helped his side to a 2-0 lead. Last night, Soles won on the road to edge closer to the title with a 91-83 win with MBA finishing with 19 points and 8 rebounds.

Myles Hesson continues to impress in the Beko-BBL after a game-high effort of 22 points, including 5-6 from deep, led Bremerhaven (10-20) to a convincing 91-66 win before the weekend. The GB forward then came up with 19 points in another home win for his side as they claimed a 93-74 victory on Monday. In the Pro-B playoffs, Iserloh moved a step closer to promotion after wrapping up a 2-0 quarter-final victory with a 71-62 win on the road with Orlan Jackman contributing 10 points and 9 rebounds.

The playoffs have begun in Ukraine and Cherkasy trail BC Kyiv 2-1 in the quarter-finals after claiming Game 3 at home. Ashley Hamilton led his side to victory with a game-high 22 points, whilst adding 8 rebounds and six assists. Earlier in the series, the GB forward had 12 points and 7 rebounds in the opening game, before producing a big-time double-double in the second with 27 points and 14 rebounds after going 9-10 from the line.

Kyle Johnson made his debut for Angelico Biella (15-12) in Italy at the weekend and had 6 points in 23 minutes as his new side suffered a 79-76 home defeat. In Argentina, Fahro Alihodzic had 7 points and 7 boards in a 20-point loss for Estudiantes Concordia (18-26).