Moreland: British Basketball Has Until End of Calendar Year to Find Funding (Video) 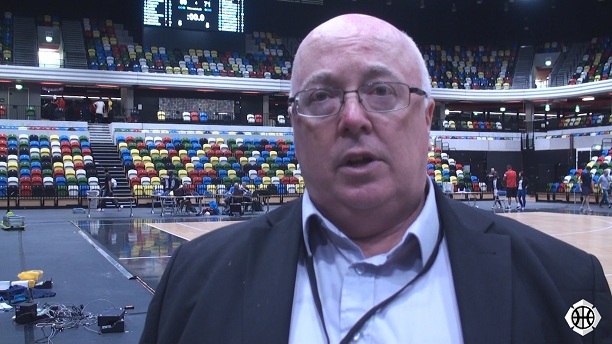 British Basketball Chairman Roger Moreland has said it is crunch time for the programme as he estimates they have until the end of the calendar year to find funding.

UK Sport withdrew all funding for British Basketball earlier this year, and despite the women qualifying for EuroBasket 2015, the men suffered a devastating loss to Iceland on Wednesday night, ending their hopes of qualification in what could be a final swan song .

Moreland says that right now, the future of the programme hangs in the balance.

“Of course it’s a possibility,” he responded when pushed as to if there’s a chance British Basketball will fold.

“Why would I say it’s not a possibility? Of course, it has to be. But I think there’s enough effort that has been put in over the last 8 years, and enough will on behalf of England, Scotland, Wales, BBL, ourselves to look at what can be done to help the programme work.”

With Moreland already having stated they are running into their overdrafts right now, he estimated GB has until December to find a source of money.

“Right now, I’d probably be saying end of the calendar year, but you’re asking me after we’ve just lost to Iceland and gone out of EuroBasket. Reason why I say that is clearly from the women’s point of view, don’t know what date the draw is going to be yet, but it’s not sensible to go into the draw and then withdraw because you’re then going to end up paying heavy penalty fees.

“It’s early days that’s probably the best guess I could make right now and the sooner decisions are made the better.”

As questions remain about the lack of commercial income, Moreland added that their focus is on getting public funding.

“We need funding,” he said. “It’s straight and simple as that. In my view, it’s important to get public funding, that’s why we’re saying to the Minister there’s a solution in your hands. It’s not about the UK Sport decision as that just becomes a he said she said sort of argument, but the minister of sport oversees, policy wise, what 400 million pounds worth of funding going into the elite performance programme?”

“…I just think it takes a bit of imagination to come up with solutions and she has the ability to do that.”

Watch the full interview where he talks about a lot of other stuff, including whether or not the home nations will still compete as GB from 2016 above.