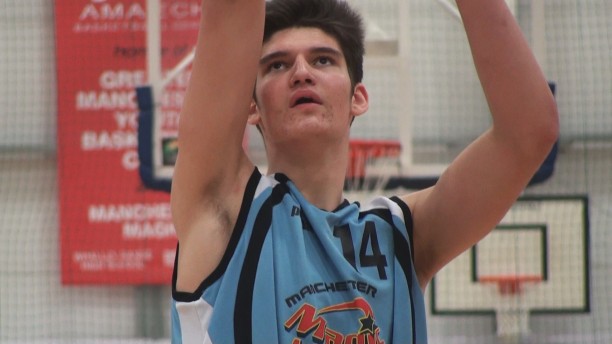 England Under-18 and Manchester Magic big man Aaron Menzies (1996 born) has signed his letter of intent to attend Seattle University next season.

It will make him the fourth Brit on their roster, believed to be a record for an NCAA Division 1 team (?), as he joins Shore Adenekan, Theo Turner and fellow Manchester product Jack Crook.

“Seattle U have a great programme for developing big guys, which has been proven with how Jack has developed since leaving Manchester,” said Menzies when talking to Hoopsfix on Friday.

It has been a remarkable ascension for the 7’1″ centre, who has only been playing basketball two seasons. He received interest from a number of other Division 1 and 2 schools, as well as European clubs.

“It’s pretty surreal (to get a scholarship after playing for such a little amount of time),” he continued. “When I started I didn’t think it would give me the opportunities I have now and I can’t thank the coaches that helped me at Manchester Magic throughout enough for giving me this chance.”

Menzies is expected to redshirt for his first year to focus on building strength and adapting to the speed and physicality of the game.

Before that will be a likely trip to the Division A European Championships with the England Under-18s under Karl Brown, as he remains in the selection process.

Hoopsfix wants to wish Aaron all the best with his college career!