BJ Holmes Hits the Buzzer Beater to Sink Newcastle - Takes OVER Down the Stretch! - Hoopsfix.com

BJ Holmes Hits the Buzzer Beater to Sink Newcastle – Takes OVER Down the Stretch! 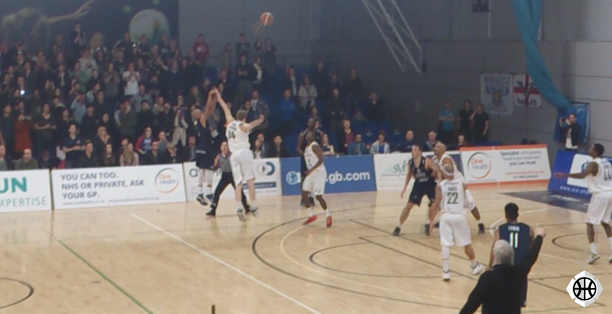 Sheffield Sharks’ BJ Holmes took OVER down the stretch last week to sink the Newcastle Eagles. He scored 8 points in the last 30 seconds, including the game winning three at the buzzer to punctuate an epic Sharks comeback that saw them overturn an 11 point deficit with 4 minutes remaining by going on a 15-3 run.

“It was a play we run plenty of times in practice when we need a bucket,” said Holmes who finished with 23 points, 4 rebounds, 7 assists and 2 steals. “Nick came off hard and Olu made a great screen. We were locked in mentally and determined to get the points.”

Related ItemsBJ HolmesSheffield Sharks
← Previous Story Rory Spencer Throws Down NASTY Windmill on a Kid in a Fundraiser!
Next Story → Myles Hesson Catches a Body Off an Inbounds Lob in Germany!