Barking Abbey to Compete in City of Palms Classic - Hoopsfix.com

Barking Abbey to Compete in City of Palms Classic 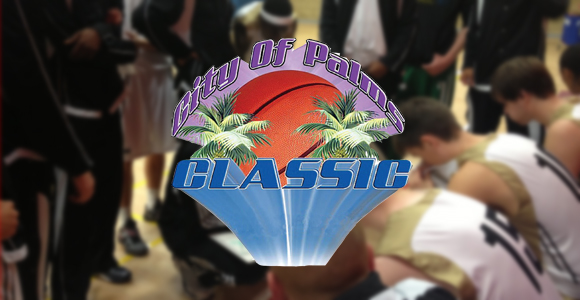 Great Britain Regional Institute, Barking Abbey, will compete in the prestigious City of Palms Classic basketball tournament, in Florida, US,  over the 2013 Christmas period after receiving an invite to the 4-team signature series.

The City of Palms Classic, now in its 41st year, is the premier boys’ high school basketball tournament in America, featuring the top programmes and players from across the country. It is also used a major recruiting tool for college coaches, with close to all of the top NCAA D1 programmes in the US in attendance.

“We’re very pleased that we got an invite, and honoured that they would think of us,” said Barking Abbey Academy Coach Frank Holloway. “It’s probably the number 1 high school basketball tournament in the country, all the better teams from around the US will be in attendance so it’s definitely an honour to be invited.”

The 4-team signature series part of the The City of Palms Classic will take place December 20-22nd, with BA heading to Florida for a 10 day trip on Friday (13th December) that will also see them tour the local area and play two exhibitions against Ganon Baker’s academy team.

Hoopsfix will be in tow, joining the team for the entire duration of the trip to bring back stories, highlights and other content.

“I think we’ll definitely be very competitive,” continued Holloway, when talking about how he feels BA will get on. “We’re playing in the signature series so we’ll be playing against Wolfeboro Brewster, Oldsmar Christian too and then we’ll be matched up in the first game against Wichita Sunrise, so they’re all very good teams a lot of very good players, a lot of them will end up at high major Division 1s, but I think we’ll be able to compete.”


“I think it’s an honour that we’ve been invited,” said BA and England U16 guard Josh Steel. “It shows we’re respected as an academy to play in the number 1 tournament in the US for high school, so it’s definitely pleasing we’ve been asked to go.

“I think we’ll be able to do well….It’s the speed and physicality that we’ll have to adjust to. In America you hear it all the time, they’re stronger quicker, there will be a lot of good and athletic players so that will be an adjustment.”

More than 530 players who have competed in the City of Palms Classic have gone on to receive NCAA Division 1 scholarships, with over 60 of those going onto play in the NBA. To find out more information about the tournament, visit the official website.