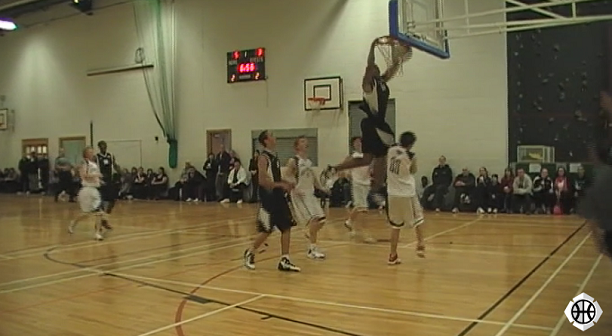 A few years ago (almost three years ago to the day, in fact), before Ross Wilson headed to Rice University on a scholarship, he was tearing up defenders in U18 National League with Newcastle Eagles (also playing up for the BBL side) – there was one particular game that I got word of, where he took flight over an unsuspecting defender trying to take a charge.

A lot has has happened since then, the former England U18 has completed his freshman year at Rice, where he started each of the team’s first 14 games of the season, and 23 games overall, averaging 3.1 points and 2.2 rebounds on 51.9% shooting in a little over 18 minutes per game.

I’ve never been able to get hands on the footage of that dunk, until now – check out this vintage clip of a then-17 year old Wilson (1993 born) doing his thing for the Eagles; he dominated the game, finishing with 27 and 12 in a little over 20 minutes of action as Eagles routed Durham 119-36 in the first round of the cup…