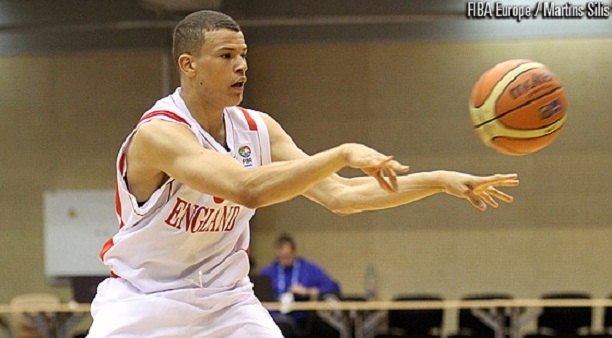 The England Under-18s upset Spain, 75-66, in overtime at the Division A European Championships on Monday evening to register one of the most impressive wins by an English national team ever.

A jump shot from Tyrell Isaacs with 7 seconds remaining in regulation sent the game to overtime where the 1995 born ‘golden generation’ dominated, outscoring Spain 12-3 to take their biggest scalp to date.

Luke Nelson dominated from the outset, scoring 13 first quarter points on 100% shooting, as he finished with 29 points, 6 rebounds and 5 assists, whilst Mo Soluade added 10 points and 6 rebounds and Jules Dang Akodo had 10 and 7 assists. Kavell Bigby-Williams dominated the glass, hauling in 6 offensive boards to finish with 14 overrall along with his 8 points.

England’s work is far from done, as they now take on Italy in a crucial game on Tuesday night at 6:45pm UK time. Four teams in Group F are now tied with a 1-2 record in the second round with two more games to play, as only the top four teams from each group advance to the quarter finals.