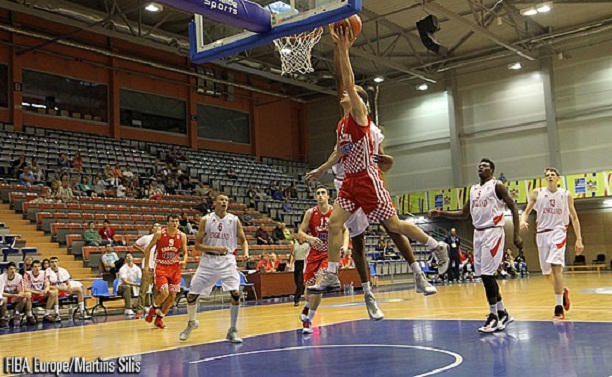 England Under-18s suffered a heavy 24 point loss at the hands of Croatia on Saturday night, 89-65, however will continue on to the second round of the Division A European Championships after their win over Ukraine earlier in the week.

Defending champions Croatia were simply too much for England, who despite running them close at Future Stars three weeks ago, gave up an early lead and couldn’t get back in the game.

Luke Nelson was England’s top scorer with 25 points while Mo Soluade and Kingsley Okoroh both had 10. Okoroh also blocked five shots helping his tournament second-best average of 3.5 blocks per game.

It doesn’t get any easier for England as they face Spain in their opening game of round two on Monday, before facing Italy and then Latvia.