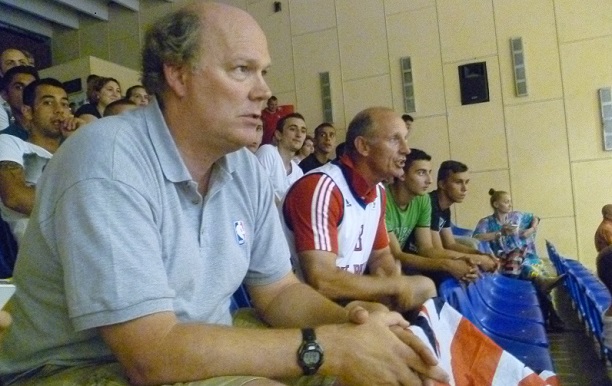 Duco van Oostrum checks in from Romania with his ninth blog of the Great Britain Under 20s’ 2013 campaign, looking at their difficult finals loss to Poland.

U20 European Championship B, Pitesti, Romania

For Great Britain, this was the first ever men’s final. It’s special to be there for the final game, in a packed house, with all the other teams watching as well and closing the tournament. The final was one the GB biased supporter and the neutral supporter had hoped for.

Immediately prior to the match, Hungary beat Belgium, despite a late rally from the Belgians, to claim the third promotion spot. It confirmed the impression of the quality difference between the two groups, all three promotion spots being claimed by GB’s group—it highlights GB’s great performance here.

Poland would this time be ready for Great Britain. I’ve written before that Poland aren’t just a good team; they are the absolute elite in the 1993 generation and would challenge for the medals in Div A. I’m absolutely convinced of that.

After a nervous start, Gonzaga big man Karnowsky scores first, worryingly easily. Great Britain then scores in one of their characteristic fashions, the put-back dunk—Rowell, obviously. Ponitka hits his first shots, but Devon answers with a three and GB take the lead, 5-4. It’s difficult, though. Ponitka and Karnowsky score the first 10 points and when point guard Grochowski hits the three, GB are down 13-8. Time-out GB.

Poland have come with a game plan. Grochowski is not guarding Devon (he had picked up two early fouls in the previous match) and instead Devon is being hounded by number 8 and 5–all game. They‘ve also learnt their lessons about Joe Hart and Nick Lewis and it’s hard for them to get an open look at the three. This leaves extra space for the GB’s inside players. GB have to adjust.

John Stewart responds yet again to the challenge, scoring 5 points, including an ‘and-one’ against Karnowsky. Matthew Don also hits a big three, but Poland keep scoring too easily inside and the first quarter finishes 23-18 Poland.

GB start well in the second quarter as rotations have come in from both sides. Lewis does his thing and scores the and-one. Raph connects on the three and we’re tied at 23. Rotations stop quickly on the Polish side, and their scoring picks up again, as they race to a 7-point lead 32-25. The two GB supporters nod to each other and basically say, it’s over now. But yet again GB fight and fight.

On the fast break, Rowell catches the difficult pass and hammers down a dunk that has the crowd on its feet. Devon then does a shake and bake that wobbles the entire Poland defense and the crowd and GB are back in business. Lewis hits a two, Devon punishes the fouls, and Rowell collects an ‘and-one’—38-37 GB. When Zak hits the hookshot, it’s all tied up at 42.

What a half of basketball again. The standard is high, but it’s also clear GB have to work so incredibly hard to stay in the game. Somehow they keep doing it and the outcome is still up the air. Raph and Devon do the bulk of the scoring, while GB continues to play its tenacious D. GB have also adjusted its game plan.

Karnowsky and Ponitka receive additional attention, and the pressure is now on the other Polish players. It’s 49-49 mid-way through the third, still 51-51 with 3 minutes in the third. But then comes the decisive Polish run, led by Grochowski.

Devon’s absolutely exhausted at this stage, and the Polish players take advantage of the fact that they’ve been rotating their players for most of the tournament since they’ve only had that one difficult game v GB. At the end of the third Poland lead by nine, 62-53.And to be fair, the game does look over now.

The GB strategy of giving other Polish players a bit more space backfires as they convert their chances. And GB can’t really find an answer to the Polish game plan. Another spinning lay up in traffic from Devon gets GB back to seven, but they just can’t get closer in spite of some good defensive stands.

Michalak now scores consecutive points for Poland and at 71-57 with 5min to go, it’s close to game time. Nick, however, finally hits the three, but all Polish players except those named Karnowsky and Ponitka join in the scoring frenzy. GB keep fighting.

Nick hits another three, and GB decide to put Poland on the line. Poland struggle. And then Devon throws down a ridiculous spin dunk in traffic to get the crowd on its feet, a final statement. GB can’t get within the double-digit margin anymore and the game finishes 83-71 Poland.

Poland were the better team on the day. Their game plan worked. The two Polish terriers racked up nine fouls between them in their efforts to bump and ride Devon all over the court; clearly the referees are not going to call all contact and it worked. Joe and Nick couldn’t find the space; and the Polish team proved to be deeper than the GB team on this day. 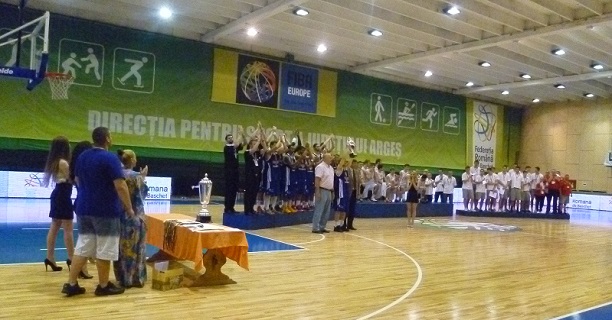 What an absolutely heroic effort by the GB team, though. Clearly there was huge disappointment but the game lasted thirteen minutes too long. The fact that Poland had eased through this tournament helped them; GB had to battle so hard against Hungary the previous day and teams have to pay for effort in the end.

The closing ceremony immediately followed the game, and GB captain Joe Hart proudly collected the trophy and the players wore their medals all night. Devon was named on the All-Tournament team, together with Karnowsky, Ponitka, Allen (Hungary), LeComte (Belgium). Devon was also awarded the MVP trophy (well, a ring) for the tournament.

An amazing success for the GB team that found ways to get the best out of their entire roster. The coaching staff deserves so many plaudits for their preparation, execution, coaching, and demeanor—it finally all clicked.