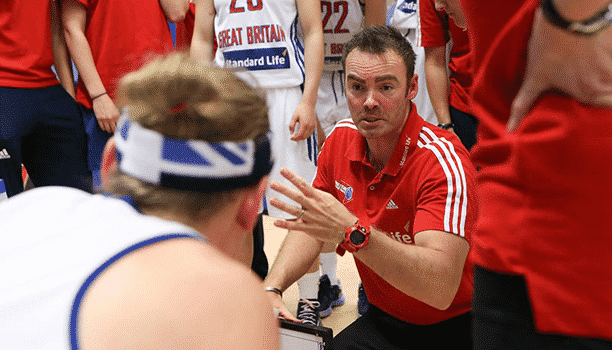 Great Britain got their Four Nations Tournament off to a good start with a 67-60 win over Turkey in Sodertalje, Sweden on Friday night.

The two teams fought a great battle throughout, but Great Britain were the better side in the second half and a decisive 8-3 run in the final three minutes secured the victory.

GB head coach, Damian Jennings, was pleased his side were able to seize the initiative and deliver the victory in the final quarter, he commented: “It took a while for us to get into our rhythm, but once we did we were able to push the break and get some easier transition scores.

“Our defence then started to find a little bit of synergy and in the end it was a pleasing win because we had to work really hard to get it.”

The lead changed hands numerous times during the first half and although Turkey led 21-18 after the first quarter, GB outscored them 17-12 in the second to lead 35-33 at the half, with Steph Gandy scoring 11 of her game-high 15 points.

The game started turning Great Britain’s way in the third quarter and a Kim Butler basket at the buzzer gave her side the lead for good, 47-45. After GB opened the final quarter with a 7-2 run, Turkey hit back to cut the deficit to 59-57, but would get no closer.

GB player, Steph Gandy was delighted that her side were able to step up defensively tonight, she said: “We took control of the game once we started to play better defence. Once we turned up that element of our game we began to lock in and focus.

“We did pretty well but there’s still a couple of things we can continue to work on in the next couple of games.”

The GB women are back in action Saturday against the hosts Sweden (tip-off 16:00 BST), who today beat Latvia 62-61 in their opening game.

“Sweden is going to be a particularly physical game,” said Jennings. “Around the rebounding, around the screens, they are very physical and have a good style of basketball with some very potent players.”