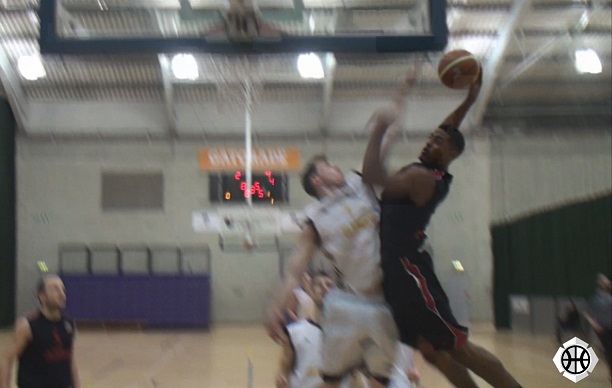 I’m putting it out there right now – there’s no-one in the UK that gets as many posters than Loughborough/Leicester Riders’ Jamell Anderson (at least when I’m there anyway).

Decided to make the trek up to Loughborough today for their BUCS Premier North match-up with Glasgow, it was a long way to go for just one game and was wondering whether it would be worth it…it took two possessions to answer that question. Jamell went baseline catching someone lightweight on the second possession of the game and so I figured it would work out.

It was as if the first one was a teaser…on literally the next possession (listen out for someone in the crowd saying “here we go, another one!’ just before he throws down) he came down and planted this one on the helpless defender for what is the dunk of the season so far. It was named ‘Judgement Day’ by the crowd and won’t be forgotten anytime soon…

Oh. my. goodness. Words cannot describe! More video coming soon as Loughborough cruised to a 91-63 win. Jamell finished with 23 points, including 6 or 7 dunks whilst only missing one field goal attempt.