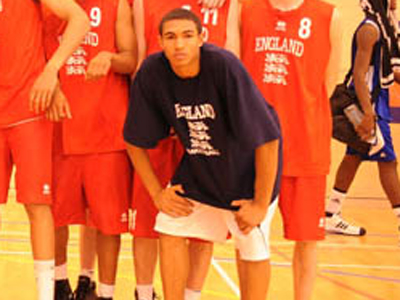 Daniel James former England U18 is off to Monmouth

Former England U18 Daniel James has committed to NCAA Division 1 school Monmouth University. James, a 6’4 1991 born  small forward from Huddersfield, has spent the last year at the Canarias Basketball Academy in Gran Canaria.

James, who has finally got a break after spending a large part of the last year rehabbing from surgery on a knee injury he sustained in the first game of the European Championships last summer, is excited about the move;

“The experience of playing for a Division 1 university is extremely exciting. Travelling around America playing different colleges will be a really great experience. They (Monmouth) have recently built a new 5,000 seat arena so I guess home games will be have a great atmosphere, real exciting, definitely can’t wait to get out there and get started with the hard work!”

South Dakota, Fairleigh Dickinson and the University of Houston all showed interest in the British baller, but it was Monmouth who won him over:

“I just thought it was perfect for me; I hope to be able to get gametime as a freshman, the location is great-who wouldn’t want to live close to New York! 10 minutes from the beach and an hour from philly so when I have time to myself  I can get around a little, also it’s a relatively small university so I will be able to concentrate more on my studies.”

Monmouth, who already have Brit Phil Wait from Manchester on their roster compete in the North Eastern Conference. The Hawks’ last NCAA tournament appearance was in 2006.

Hoopsfix wants to wish Daniel all the best with his college career. I will be following!