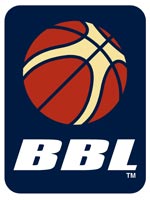 Don’t have time to read the full BBL recaps? Check out our bite sized mini recap, with final scores and stats leaders…

Sheffield Sharks vs Marshall MK Lions
The BBL league runners up Sheffield Sharks also booked their place in the semi finals with a 104-93 victory over the Marshall MK Lions. Despite the game being marred early with both Robert Youngblood and Mike Tuck being ejected for a tussle, the Sharks came out victorious behind 37 points from Mike Cook. EJ Harrison led the Lions with 29 points of hiw own.