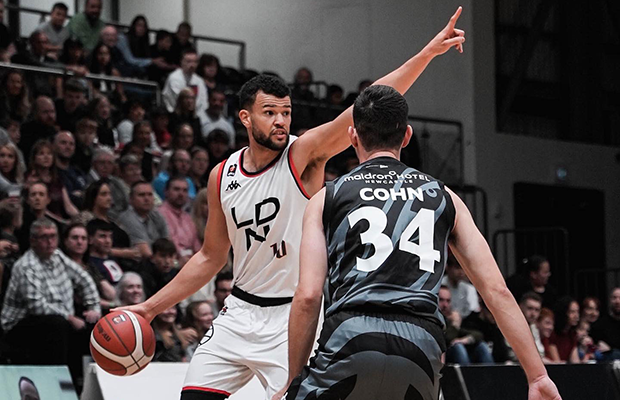 Luke Nelson is excited about the challenge that awaits as London Lions make their EuroCup debut on Tuesday night against Hapoel Tel Aviv.

The GB guard was one of several big name additions in the summer as the club continues its ambition to be a force within Europe ahead of 18 regular season games.

“I think it’s huge,” Nelson said to Hoopsfix. “This is the calibre of basketball we want to get from London.

“Being able to be a part of it is a special opportunity. Hopefully we come out and play how we want to and it’s important to start well.”

The Lions competed in FIBA Europe Cup action last season as they made it through to the second round, but are now taking a step up to what is regarded as Europe’s second-tier competition.

Nelson is averaging a team-high 4.3 assists per game through three BBL Championship games as London have made a 3-0 start behind the standout performances of Sam Dekker. And, the toll of the schedule will start to increase as they manage competing on both fronts domestically and in Europe.

“We have to take every game as it comes,” added Nelson. “We have to focus on ourselves and keep coming out with the right attitude.

“Defensive synergy is going to be a big thing for us [in the EuroCup]. We need to play connected and force teams into tough contested shots because as the talent level goes up, that’s going to be even more important.”

London start their campaign on the road on Tuesday night before hosting their first game at the Copper Box against Italian side Trento on 18th October.

Tuesday night’s game is available for free on the Lions YouTube channel, all EuroCup games are available to watch live via subscription to EuroLeagueTV.