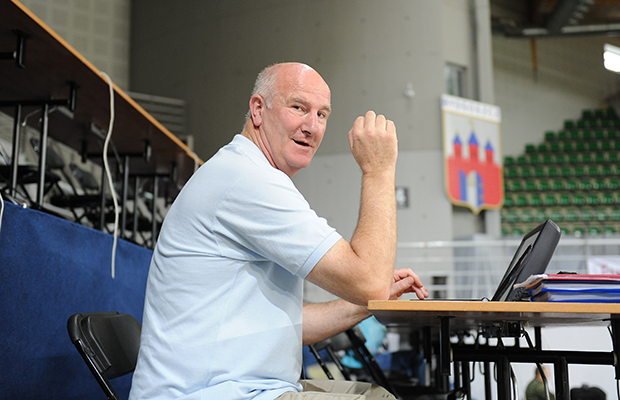 John Atkinson, the leading British basketball historian and one of the most prominent guardians of the British game, has passed away at the age of 72.

Atkinson, who was affectionately known as ‘Statkinson’, dedicated his life to being a statistician, while collecting and preserving British basketball history.

Recognising the complete disregard the sport’s administration had to collecting the information, and working with a small circle of other passionate historians including the likes of Jenny Collins, Roger Yapp, Mark Hannon, Dan Routledge, Jamie Smith and Mick Donovan at the University of Worcester, Atkinson took it upon himself to ensure the sport was left in a better place, collating information around the national team programmes, as well as the national league and British Basketball League.

“The sport need legends and role models and to create them you need the information to substantiate that they really are legends,” he said to Hoopsfix in a 2017 interview.

“Whenever there’s a tv game for football, rugby or cricket, can you even imagine if the commentators not having the caps of the players, not having the debut of the player, not having any of the most basic, most important information?! What’s really sad is basketball has had statistics for over 50 years, we’ve had it, but we don’t have that culture in the UK and not had the system for the information.” 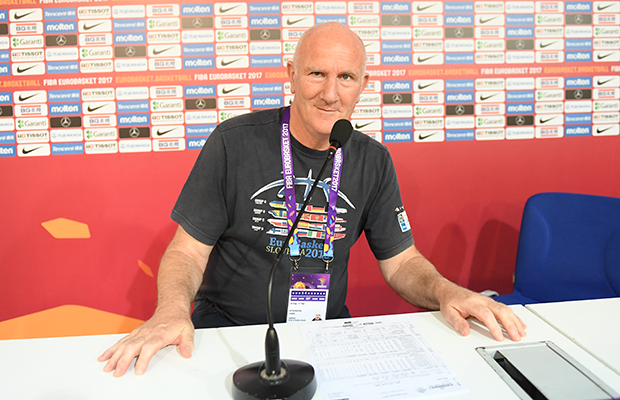 Born 14th October 1949 and spending his early years in Bedfordshire, he showed an early affection for sports information, keeping results for his school PE teams while still a student. Going to college in the West Midlands, he picked up the reins of his college basketball club in the early 1970s, and through Peter Shaw, Peter Ray and John Pitt got introduced to statistics.

He got involved with the legendary Sutton and Crystal Palace programme on the statistical side, joining them for the start of the 1973-74 season due to their European aspirations and the progressiveness of the club. His love for statistics and information blossomed while winning 15 British titles in 9 years with the club, beginning to research the history of basketball from its early presence in England from the 1930’s onwards.

Atkinson worked with Roger Yapp and Mark Hannon on collating and preserving all of the NBL’s history, and then teamed up with Jenny Collins to ensure the national team programmes had a documented history in the run up to and after the London 2012 Olympics – where he was a statistician. 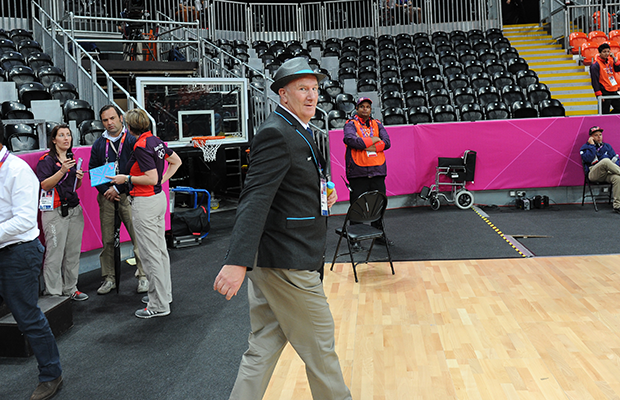 He left Crystal Palace in 1982 to work with Cheerleader Productions on the Channel 4 tv deal to cover the national league, alongside being involved with the Great Britain national teams on the statistical side – being the official statistician for the 1976 GB Men’s team in his mid twenties. Another three years on the scorers bench with Hemel Hempstead followed.

Developing his own system for collecting stats, John became a fountain of basketball knowledge and one of the few people in the country with an in depth knowledge of the history of the game.

Having worked on the information side for Sky Sports and ITV, in 2004-5 he moved to Spain where he made a permanent home and lived until his passing this week.

He had attended every EuroBasket since 1983.

Seeing himself as a ‘surrogate statistician’, John took many of the next generation under his wing, providing guidance and insight and has long been a supporter of Hoopsfix, in particular the Foundation as it prepares to submit a bid to the National Lottery Heritage Fund for a historical project he has helped provide oversight on. 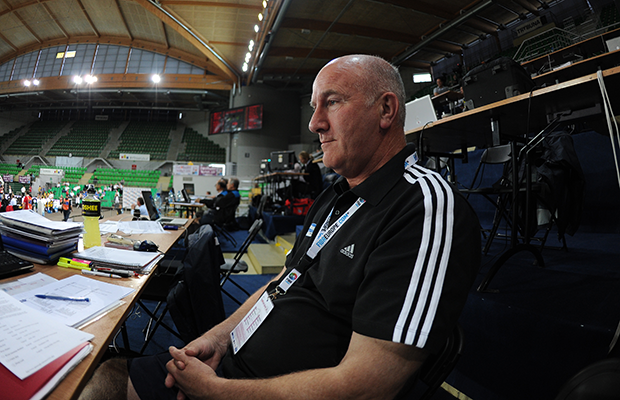 It was through a large part of John’s collection that the National Basketball Heritage Centre was launched at the University of Worcester in 2016, the first major step in securing the history of British basketball.

“While I’m drawing breath, I will be continuing this effort to get this stuff in place.”

And that is exactly what he did.

Absolutely devastated to hear the sad sad news that one of our true guardians of the game @statkinson49 has passed away. Inna lillah hay wa Inna ilayhay rajayoon. To him we come from, to him we return. #RIP #Statkinson pic.twitter.com/2fkiMJGeHB

The giant whose shoulders those of us who loved the game, it's history, it's context, it's trailblazers, stood on. His legacy is immeasurable, without him much of what we know wouldve been lost. A legendary historian & statistician & a friend for 30-odd years, rest in peace John https://t.co/IroukVrD4X

So sad about the passing of John StAtkinson). I don’t know how many of you would know him but he was the encyclopedia of British Basketball. When it came to statistics & facts no one had more data or knowledge. He was the key person when British BBall wanted to develop a legacy

Saddened to hear that John Atkinson, statistician supreme and one of the unsung heroes of British basketball, has died. His love of a good photo bomb and a number — and above all, his friendship will be missed by us all. pic.twitter.com/bAU5gVAtAz

Can't believe this LEGEND is no longer with us.

John 'STATkinson' should seriously be in the #BritishBasketball Hall of Fame

No ifs. No buts. Must be done

What he has done for the sport is immeasurable

A gent, a great laugh and ultimate 🏀 knowledge