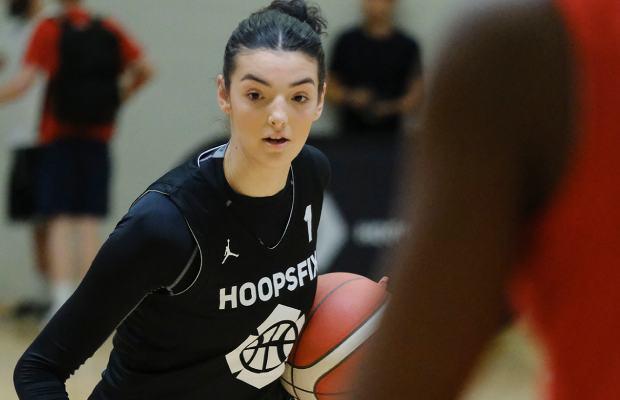 Team Diamond and Team Emerald picked up victories to open the inaugural Hoopsfix Women’s Pro-Am at the City of London Academy, on Sunday.

The opening game of the event saw Team Diamond overcome Team Ruby for a 62-45 victory before Team Emerald impressed to beat Team Sapphire 57-34 with a number of senior and junior GB internationals on display.

Lindsey Cleary helped lead Team Diamond to victory with 20 points as they overcame a side featuring GB duo Shequila Joseph and the recently retired Janice Monakana. Former GB junior captain Loren Christie is back competing in the UK and was part of the winning side along with current junior Katie Cox, who continues to catch the eye.

Team Emerald laid down a marker in the competition with a dominant victory as Jenelle Grant produced a double-double of 14 points and 10 rebounds in their 23-point success. CoLA teammates Emily O’Connell and Molly Lavin were also part of the win in familiar surroundings, while Evelyn Adebayo – who spent last season in Poland – was unable to inspire an opening victory for Team Sapphire.

The action continues with Week 2 next Sunday with the two victors meeting as Team Diamond and Team Emerald face off, while Team Ruby or Team Sapphire will pick up a first win when they also meet.

You can re-watch all both games from Week 1 below: