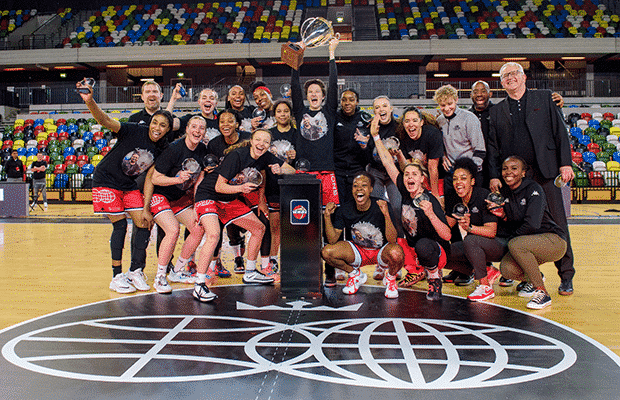 London Lions have secured the WBBL Championship title for the first time after sealing top spot with a game to spare with their 23rd victory.

Mark Clark’s side complete a domestic treble this season after beating Essex Rebels 91-55 at the Copper Box on Friday to add the regular season title to their triumphs in the WBBL Cup and WBBL Trophy.

Azania Stewart posted a double-double in the win with 16 points and 14 rebounds along with four blocks as the Lions ran out convincing winners with Jo Leedham-Warner and Cassie Breen also in double figures.

🗣 "There's no egos. We're literally all playing to win, to win a certain type of way and play basketball at a high level and everybody is bought into that."

The Lions have now won five pieces of silverware inside two seasons with the chance to add another when they defend their playoffs title as the number one seeds next week.

🗣 "If you win the Championship and you've done it a whole season long, that means so much because you've been consistent week in week out."

London visit Sevenoaks Suns on Sunday in what now becomes the chance to complete a perfect league campaign as opposed to the anticipated title decider.