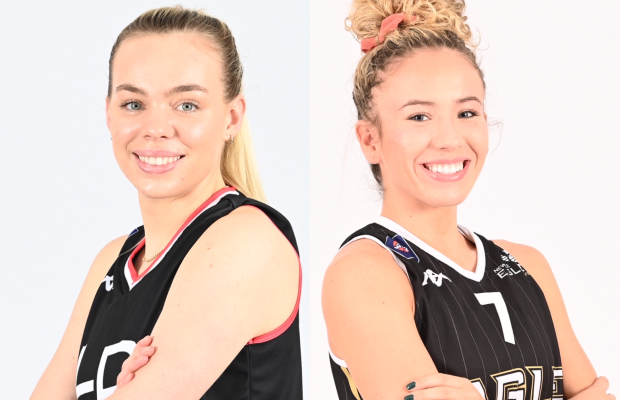 London Lions and Newcastle Eagles go head-to-head in another WBBL final as they battle to decide the sixth winners of the WBBL Cup.

London opened their season with a convincing 83-52 success against Essex Rebels behind a triple-double from Kennedy Leonard, but needed a clutch late three from Cassie Breen to overcome Sevenoaks Suns for an 81-76 victory. They laid down a marker in the semi-finals with an emphatic 66-100 triumph on the road against Sheffield Hatters as Jo Leedham-Warner top scored with 27 points.

Meanwhile, Newcastle cruised through the group phase as they opened with a 50-84 victory against Caledonia Pride before easing to a 47-80 win at Durham Palatinates. Their last four encounter with Leicester Riders was far tougher and they used a late surge to secure a hard-fought 50-45 victory as Ebony Horton starred.

On the way to a sweep?

The Lions want to win everything, of course they do. They were the resounding pre-season favourites and are the only team with a perfect record in all (domestic) competitions so far. But head coach Mark Clark won’t allow for talk of a ‘clean sweep’ knowing too well the dangers that lurk around the league – Sevenoaks Suns (11-0) and Sheffield Hatters (10-1) are keeping pace, too.

This is the first piece of silverware up for grabs and the Lions dominated the previous meeting between the two sides. A strong returning roster from last season boosted by Olympian duo Leedham-Warner and Azania Stewart as well as the three-time Young Player of the Year, Holly Winterburn. There’s so much talent throughout the roster and that just leaves no let up for the opposition.

When the Eagles met the Lions in the final of the 2021 playoffs, they went in as underdogs but off the back of two of the greatest post-season upsets the WBBL has seen. They had an MVP candidate in Alison Gorrell and an inspired Abby Lowe in red-hot form.

Their lead in to a second successive final, however, could not be more opposite. Star summer signing Ebony Horton left the club alongside Lowe over the Christmas break and the club since parted ways with long-serving head coach Chris Bunten. Anna Popovic and Niamh Kelshaw are now also no longer part of the roster with injuries and COVID disruptions on top as a trio of returning faces are added alongside American forward Layne Murphy.

Less than ideal preparation for a major final as former player Noelia Cacheiro takes the reins as head coach. American Maddy McVicar was one of the top performing players last season, while Chloe Gaynor and Jessica Eadsforth-Yates have both been two of the most improved players as the season has gone on.

It could be a long afternoon for the Eagles, but the ‘anything can happen on the day’ motto is never more fitting than in a final.