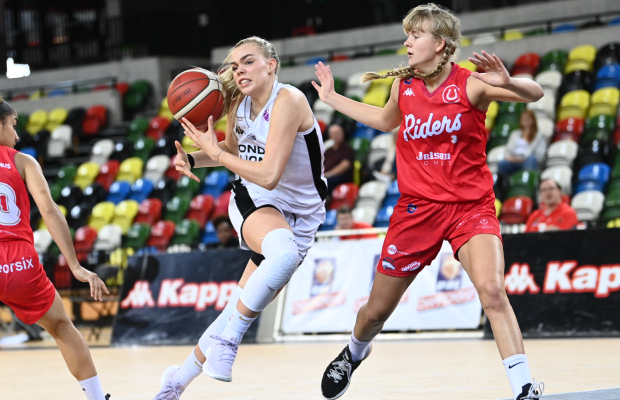 Holly Winterburn reached the 1000-point milestone in WBBL league action, becoming the youngest of the 16 players to do so.

The 21-year-old netted a game-high 21 points to move to 1001 in the WBBL Championship in an 85-53 victory against her former side, Leicester Riders.

Winterburn made a league debut at the age of 15 and went on to score 958 points for the Riders – second only to Dee Hayward in franchise history.

Following a summer move to the Lions, Winterburn opened the league campaign with 22 points on the road against Caledonia Pride and added another 20+ point game to continue a rich vein of form.

Winterburn had eight early points at the Copper Box on Sunday and reached the milestone with a deep three to beat the buzzer at the end of the third quarter – halting a strong charge from the Riders.