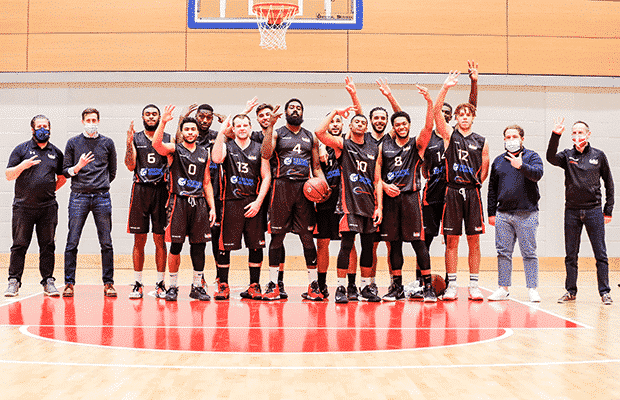 Solent Kestrels continued their dominant run in NBL Division 1 Men with a 91-65 win over Leicester Warriors to claim the regular season title for the third year running on Saturday afternoon.

“I am so proud of this group who have shown incredible consistency throughout the season, with every player contributing and playing a huge part in this success,” Head Coach Matt Guymon said.

“To win a 3rd league title means so much to our organisation, sponsors and fan base and we hope to continue to build our momentum as we prepare for the playoffs.

“Finally I want to say a big thank you to Solent University and Kestrel Guards for their continued support for performance basketball.”

Solent claim the title with a 16-1 record, heading into this weekend knowing they needed 1 win from 2 games to seal the championship, as they round out their regular season campaign on Sunday against Essex Rebels.

Kestrels add the league title to their inaugural L Lynch Trophy title they claimed last month, to make it two pieces of silverware so far this season.