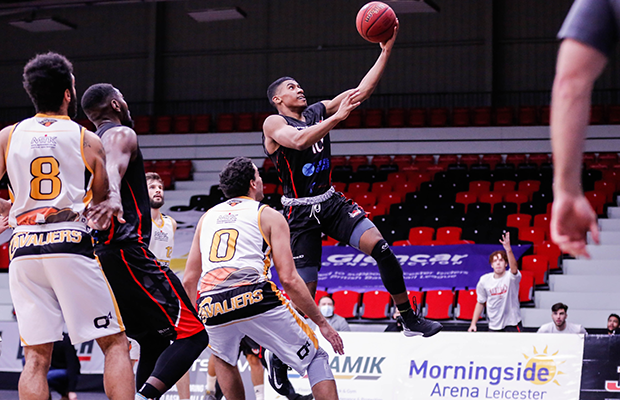 Team Solent Kestrels claimed the inaugural L Lynch Trophy title with a 87-78 win over Thames Valley Cavaliers in the final on Saturday evening at the Morningside Arena, Leicester.

After a back and forth first half, Solent went on a 17-4 run to open the second half and never looked back to continue their dominated run in NBL competitions.

Orlan Jackman had 15 points and 12 rebounds, Travis Charles had 19 points, whilst Ian Smith had 14 points and 7 assists.

Thames Valley were led by 21 points, 5 rebounds and 4 assists from the ever-dependable Taylor Johnson, with Blayne Freckleton adding 16 points, 6 rebounds and 5 assists and Hakeem Sylla having 15 points and 16 rebounds.