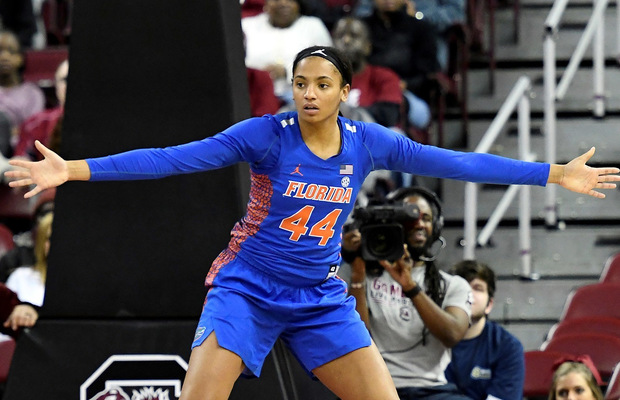 BA London Lions have confirmed the addition of Paige Robinson as they continue to assemble an exciting roster for the 2020-21 WBBL season.

The 22-year-old forward graduated from the University of Florida earlier this year having started 18 of 49 appearances in two seasons with the Gators.

Unfortunately, we cannot prevent something that is unpredicted… The impact Florida has had on me is unmeasurable. To be apart of something so special humbles every part of my body. I already know years from now the wins and losses will be a blur to me, but the people that took this journey with me and helped pull me through till the very end is what I will remember most. A new chapter of my life is about to open and I couldn’t of reached this point had it not been for Gator nation 💙🧡

Robinson transferred to the SEC school after two years at JUCO school Midland College, and is now looking forward to being back in London and competing in the WBBL.

“It’s awesome to come home and play in my home city,” she told Hoopsfix. “I joined because I knew the sort of coach Mark [Clark] was and what he expects out of me.

“I feel like once you leave college, it’s pretty much a hit or miss finding a good coach and a good team.

“My personal goal for this season is to continue to think ‘next play’ and bring relentless effort all the time.”

Robinson previously represented England Under-18s in two European Championships as well as playing for GB Under-20s in the summer of 2016 – alongside new team-mate Kennedy Leonard.

The young prospect has experience of playing in the WBBL having suited up with Brixton Topcats in the 2015-16 campaign with a best of 11 points and eight rebounds in her final game against Manchester Mystics as an 18-year-old.

Robinson forms an exciting British core with Leonard and Shanice Norton to blend with their overseas recruits, while the club will next announce several junior players to round out their roster.